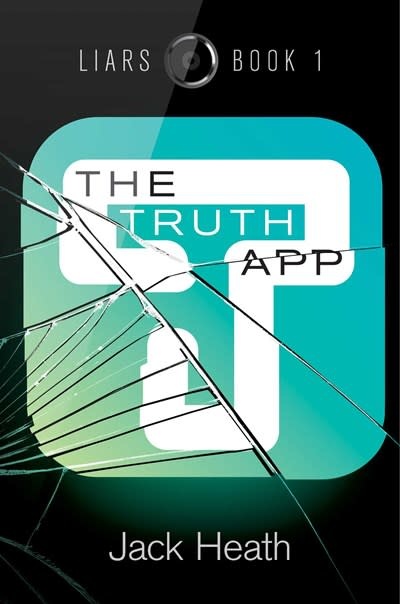 In this pulse-pounding tech-thriller, Jack Heath creates a world where everyone knows when you lie—and telling the truth doesn’t always set you free.

Jarli likes to think he’s an honest guy. He’s a big believer in telling the truth, no matter what. So he develops The Truth App, a mobile application that listens in on your conversations and can tell when someone’s lying. Then his app goes viral and, suddenly, Jarli is an internet sensation.

But, soon enough, Jarli realizes that being famous can be dangerous—especially when you’ve just exposed everyone’s deepest, darkest secrets. Now his entire town is out to get him: kids at school, teachers, the police, even his own family.

Also, an underground network of criminals has just added Jarli to their hit list. Sometimes, exposing the truth comes with a price…

Jack Heath is the author of several books, including the Danger series, the Fero Files, the Ashley Arthur series, the Agent Six of Hearts series, the Liars series, and The Mysterious World of Cosentino series. He lives in Darwin, Australia.