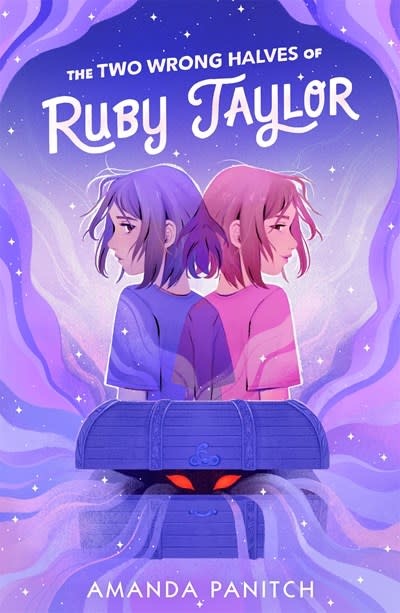 A new spooky and heartwarming middle-grade novel about a young Jewish girl who must battle a wandering spirit and her own identity.

So when Sarah starts acting out—and getting in trouble—Ruby can’t help but be pleased.

Yet, when Sarah takes things too far, Ruby's afraid that Sarah might be possessed. . . by a dybbuk, an evil spirit, that Ruby accidentally released from Grandma Yvette's basement. Ruby is determined to save her cousin, but a dybbuk can only be expelled by a "pious Jew." If Ruby isn't Jewish enough for her own grandmother, how can she be Jewish enough to fight a dybbuk?

This new middle-grade novel from Amanda Panitch deftly tackles themes of family and friendship while celebrating the parts of a child's identity that no one else can take away.

Amanda Panitch spent most of her childhood telling stories to her four younger siblings, trying both to make them laugh and scare them too much to sleep. Now she lives in New York City, where she writes dark, funny stories for teens, kids, and the pigeons that nest on her apartment balcony. Follow Amanda on Twitter @AmandaPanitch.