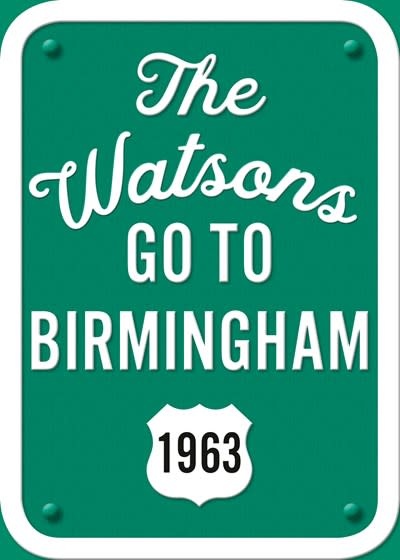 Celebrate the 25th anniversary of this Newbery and Coretta Scott King Honoree about a hilarious family on a road-trip at one of the most important times in America’s history. This special edition makes a perfect gift and includes bonus content!

When Byron gets to be too much trouble, they head South to Birmingham to visit Grandma, the one person who can shape him up. And they’ll be in Birmingham during one of the darkest moments in America’s history.

“Every so often a book becomes a modern classic almost as soon as it arrives on bookshelves. That happened in the mid-’90s when Christopher Paul Curtis released his first book, The Watsons Go to Birmingham—1963.”—NPR

Christopher Paul Curtis won the Newbery Medal and the Coretta Scott King Award for his bestselling second novel, Bud, Not Buddy. His first novel, The Watsons Go to Birmingham—1963, was also singled out for many awards, and has been a bestseller in hardcover and paperback. His most recent novels for Random House include The Mighty Miss Malone, Mr. Chickee’s Messy Mission, Mr. Chickee’s Funny Money, and Bucking the Sarge.

Christopher Paul Curtis grew up in Flint, Michigan. After high school he began working on the assembly line at the Fisher Body Plant No. 1 while attending the Flint branch of the University of Michigan. He is now a full-time writer, and lives with his family in Windsor, Ontario.