Home » The Whispers of War 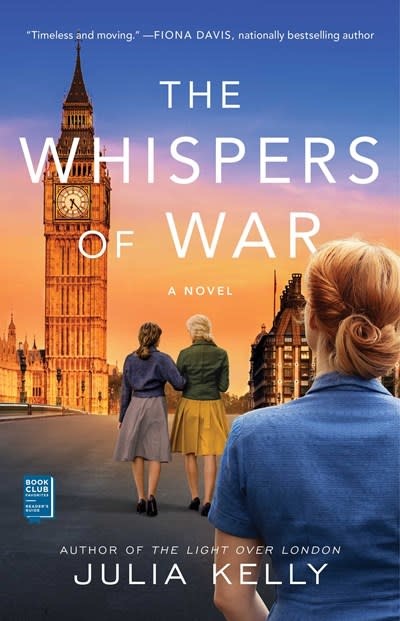 The Whispers of War

For fans of historical novels by Kristin Harmel and Martha Hall Kelly comes a “gripping tale by a writer at the top of her game” (Fiona Davis, author of The Chelsea Girls) following three friends who struggle to remain loyal as one of them is threatened with internment by the British government at the start of World War II.

In August of 1939, as Britain watches the headlines in fear of another devastating war with Germany, three childhood companions must choose between friendship and country. Erstwhile socialite Nora is determined to find her place in the Home Office’s Air Raid Precautions Department, matchmaker Hazel tries to mask two closely guarded secrets with irrepressible optimism, and German expat Marie worries that she and her family might face imprisonment in an internment camp if war is declared. When Germany invades Poland and tensions on the home front rise, Marie is labeled an enemy alien, and the three friends find themselves fighting together to keep her free at any cost.

Featuring Julia Kelly’s signature “intricate, tender, and convincing” (Publishers Weekly) prose, The Whispers of War is a moving and unforgettable tale of the power of friendship and womanhood in the midst of conflict.

Julia Kelly is the award–winning author of books about ordinary women and their extraordinary stories. In addition to writing, she’s been an Emmy–nominated producer, journalist, marketing professional, and (for one summer) a tea waitress. Julia called Los Angeles, Iowa, and New York City home before settling in London. Readers can visit JuliaKellyWrites.com to learn more about all of her books and sign up for her newsletter so they never miss a new release.