Home » The Whole Story of Half a Girl 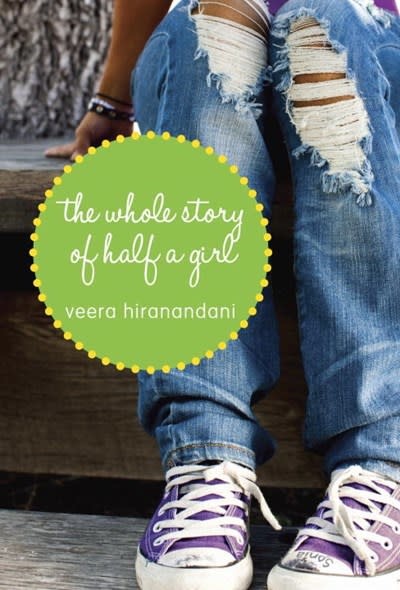 The Whole Story of Half a Girl

By the author of the Newbery Honor Book The Night Diary, a thoughtful and relatable story about cultural identity, friendship, and what it means to fit in without losing who you are.

After her father loses his job, Sonia Nadhamuni, half Indian and half Jewish American, finds herself yanked out of private school and thrown into the unfamiliar world of public education. For the first time, Sonia’s mixed heritage makes her classmates ask questions—questions Sonia doesn’t always know how to answer—as she navigates between a group of popular girls who want her to try out for the cheerleading squad and other students who aren’t part of the “in” crowd.

At the same time that Sonia is trying to make new friends, she’s dealing with what it means to have an out-of-work parent—it’s hard for her family to adjust to their changed circumstances. And then, one day, Sonia’s father goes missing. Now Sonia wonders if she ever really knew him. As she begins to look for answers, she must decide what really matters and who her true friends are—and whether her two halves, no matter how different, can make her a whole.

What greater praise than to be compared to Judy Blume!—“Each [Blume and Hiranandani] excels in charting the fluctuating discomfort zones of adolescent identity with affectionate humor.”—Kirkus Reviews, Starred

Veera Hiranandani is the author of The Night Diary, which has received many awards including the 2019 Newbery Honor Award, the 2019 Walter Dean Myers Honor Award, and the 2018 Malka Penn Award for Human Rights in Children’s Literature. She is also the author of The Whole Story of Half a Girl, which was named a Sydney Taylor Notable Book and a South Asia Book Award Highly Commended selection, and the chapter book series, Phoebe G. Green. She earned her MFA in fiction writing at Sarah Lawrence College. A former book editor at Simon & Schuster, she now teaches creative writing at Sarah Lawrence College’s Writing Institute.