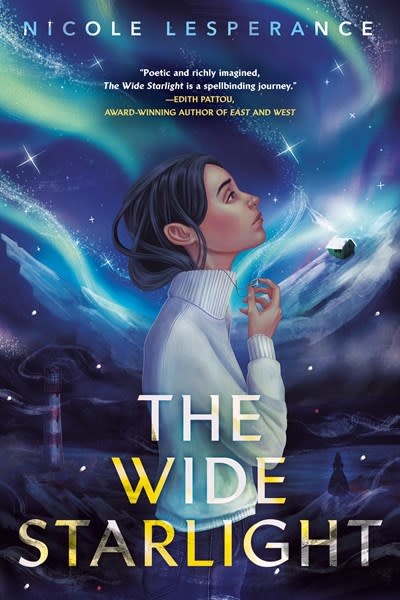 The Hazel Wood meets The Astonishing Color of After in this dreamy, atmospheric novel that follows sixteen-year-old Eli as she tries to remember what truly happened the night her mother disappeared off a frozen fjord in Norway under the Northern Lights.

According to Arctic lore, if you whistle at the Northern Lights, they’ll swoop down and carry you off forever. Sixteen-year-old Eline Davis knows it’s true because it happened to her mother. Eli was there that night on the remote glacier in Svalbard, when her mother whistled, then vanished.

Years later, Eli is living with her dad on Cape Cod. When Eli discovers the Northern Lights will be visible for one night on the Cape, she hatches a plan to use the lights to contact her missing mother. And it works. Her mother arrives with a hazy story of where she’s been all this time. Eli knows no one will believe them, so she keeps it all a secret. But when magical, dangerous things start happening—narwhals appearing in Cape Cod Bay, meteorites landing in the yard, three shadowy fairytale princesses whispering ominous messages—the secrets start to become more like lies.

It’s all too much, too fast, and Eli pushes her mother away, not expecting her to disappear as abruptly as she appeared. Her mother’s gone again, and Eli’s devastated. Until she finds the note written in mother’s elegant scrawl: Find me where I left you. And so, off to Svalbard Eli goes.

Nicole Lesperance lives near Boston with her husband and two small children. Nicole copyedits and writes YA and middle grade, and she is the proud new owner of two kittens. Follow her on twitter @NicLesperance.