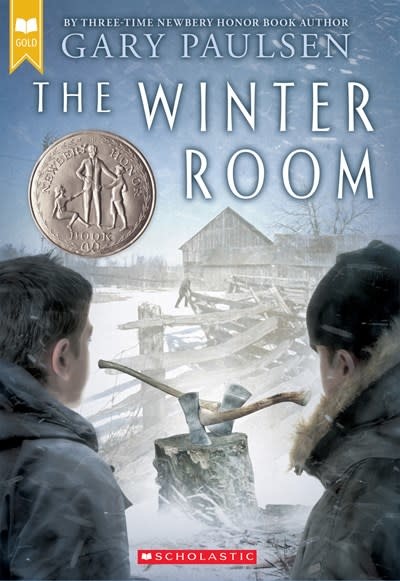 Two brothers, one family, and an unexpected secret revealed on the cold night of winter...

Following the turn of the seasons, eleven-year-old Eldon traces the daily routines of his life on a farm and his relationship with his older brother, Wayne. During the winter, with little work to be done on the farm, Eldon and Wayne spend the quiet hours with their family, listening to their uncle David's stories. But Eldon soon learns that, although he has lived on the same farm, in the same house with his uncle for eleven springs, summers, and winters, he hardly knows him. When Uncle David tells the story of "The Woodcutter," Eldon immediately understands that this story is different from any other. It is a powerful and terrible story that changes everything for the brothers.

Gary Paulsen has written more than 175 books and some 200 articles and short stories for children and adults. He is considered one of the most important writers for young adults today. Three of his novels--Hachet,, Dogsong, and The Winter Room--were Newbery Honor books, and his works frequently appear on the best books lists of the American Library Association.

Mr. Paulsen and his wife, Ruth Wright Paulsen, an artist who has illustrated several of his books, divide their time between their home in New Mexico, a boat in the Pacific, and adventures in the wilderness.