Home » The Woman in the Moon 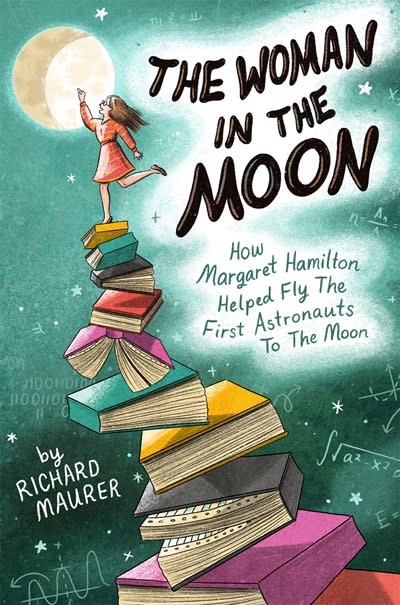 The Woman in the Moon

A stunning and intimate biography of Margaret Hamilton, the computer engineer who helped Apollo 11 and mankind get from Earth to the moon.

In 1969, mankind successfully left our atmosphere and landed on the moon. It took the hard work of countless men and women to make that landing happen. One of those people was Margaret Hamilton.

A computer engineer, young Hamilton was hired to develop the completely new software used in the groundbreaking Apollo Space Program. Soon she was the lead engineer, one of the few women in the almost entirely male-dominated profession. It wasn't always easy.

In The Woman in the Moon, science writer and journalist Richard Maurer dives deep into the backstory of this extraordinary woman. With firsthand interviews and access to primary sources, this striking biography perfectly captures the exciting atmosphere of the space race and the inspiring figure of Margaret Hamilton.

Richard Maurer is a freelance science writer, exhibit developer, and children’s book author. His most recent book, Destination Moon, was named a 2019 Editor's Choice Best Book of the Year by Booklist. In a starred review, Kirkus reviews called it, "Inspiring, fascinating, and, like the millions of parts that had to function for the space program to succeed, practically perfect." Maurer is from Texas and resides in Massachusetts.