Home » This Is a Book About Dumplings 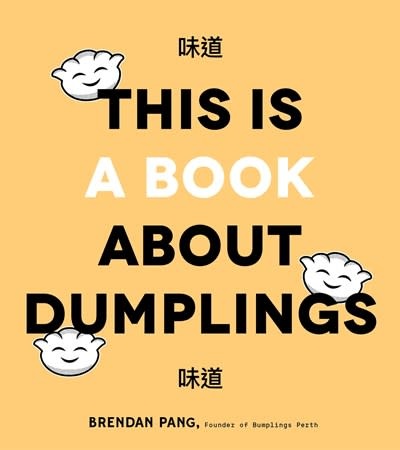 This Is a Book About Dumplings

From traditional Chinese recipes inspired by Brendan’s grandmother to colorful modern twists, this book takes your dumpling game to the next level, with sauces and sides to spare.

Brendan Pang, as seen on MasterChef Australia, invites readers into the world of dumplings. Flavorful cooking was the centerpiece of Brendan’s childhood, and one taste of his grandmother’s pork wontons led to a lifelong passion for cooking and sharing dumplings. His approachable recipes make it easy to craft amazingly flavorful professional quality dumplings. Readers will be equipped with all the tools required for making classic and popular dim sum dishes and mouth-watering soup dumplings. Step-by-step photos show readers how to make wrappers and craft fun shapes and folds. Through a variety of cooking techniques, like steaming, boiling and frying, readers can explore exciting dumpling styles, as well as sides and accompanying dishes from Spring Onion Pancakes to Tea Smoked Duck Breast.

Brendan’s signature rainbow dumplings, colored with natural vegetable ingredients, are a huge hit for entertaining and taste even better than they look. Traditional flavors feel fresh in recipes like Pork and Peanut Dumplings, Crab Soup Dumplings, Chinese Spicy Beef Dumplings and Crispy Yam Dumplings. Round out the table with noodles, soups, flavorful meats, pickled vegetables and plenty of dipping sauces. Brendan’s obsession with all things dumpling is deliciously contagious.

This book will have 60 recipes and 60 photos.

Brendan Pang appeared on MasterChef Australia and impressed the judges with his exacting cooking skills and flavors inspired by his Chinese and Mauritian roots. He is the founder of Bumplings Perth, a mobile dumpling kitchen, and is known on social media and beyond for his original, show-stopping dumplings. He lives in Perth, Australia.