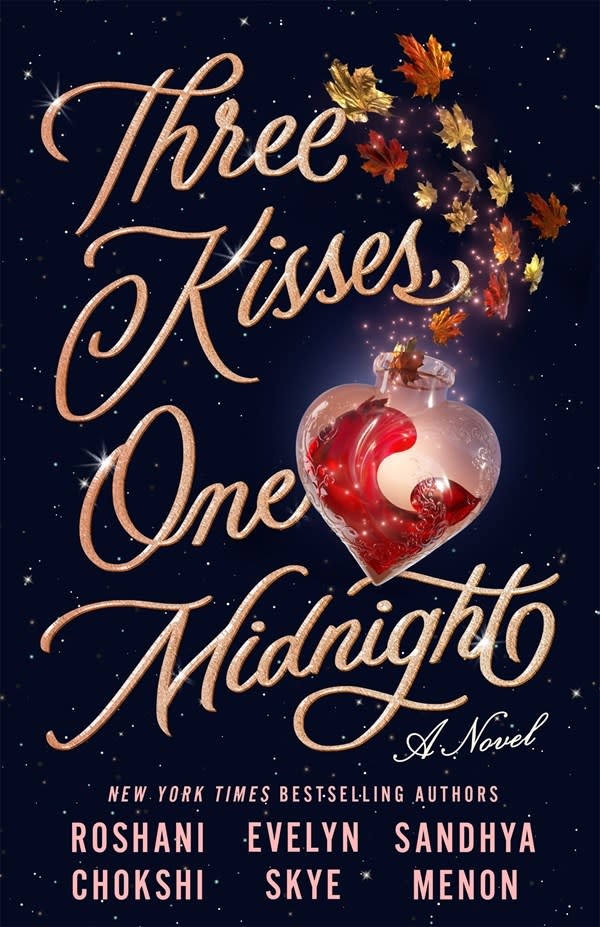 In the tradition of Let it Snow, Three Kisses, One Midnight is a magical Halloween collaboration between three NYT bestselling authors, Roshani Chokshi, Sandhya Menon, and Evelyn Skye.

On Halloween, every hundred years, magic reawakens in the town of Moon Ridge, and any love forged that night will last forever. At least, that’s what the founder’s fable says, and best friends Onny, Ash, and True—better known as “The Coven”—aren’t taking any chances.

After brewing a supposed love potion whose recipe was passed down by Onny’s grandmother, each member of The Coven sets off in a different direction to try to charm the love of their life. One falls for an unexpected suitor. Another paints himself into a corner. And, the third refuses to believe in magic at all… until true love proves her wrong.

ROSHANI CHOKSHI is the author of New York Times bestselling series including The Star-Touched Queen duology, The Gilded Wolves, and Aru Shah and The End of Time.

EVELYN SKYE is the New York Times bestselling author of The Crown's Game and other books.