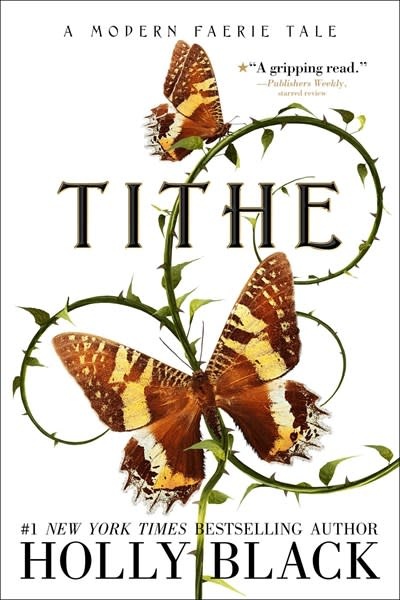 Discover the dark and seductive realm of faerie in the first book of New York Times bestseller Holly Black’s critically acclaimed Modern Faerie Tales series, where one girl must save herself from the sinister magic of the fey courts, and protect her heart in the process.

Sixteen-year-old Kaye is a modern nomad. Fierce and independent, she drifts from place to place with her mother’s rock band until an ominous attack forces them back to Kaye’s childhood home. But Kaye’s life takes another turn when she stumbles upon an injured faerie knight in the woods. Kaye has always been able to see faeries where others could not, and she chooses to save the strange young man instead of leaving him to die.

But this fateful choice will have more dire consequences than she could ever predict, as Kaye soon finds herself the unwilling pawn in an ancient and violent power struggle between two rival faerie kingdoms—a struggle that could very well mean her death.