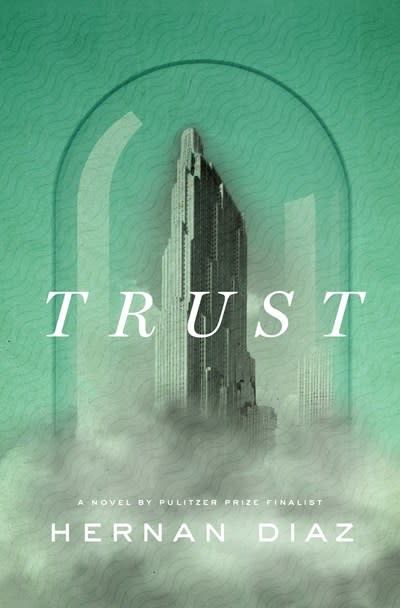 From an award-winning chronicler of our nation’s history and its legends comes his much-anticipated novel about wealth and talent, trust and intimacy, truth and perception.

Even through the roar and effervescence of the 1920s, everyone in New York has heard of Benjamin and Helen Rask. He is a legendary Wall Street tycoon; she is the brilliant daughter of eccentric aristocrats. Together, they have risen to the very top of a world of seemingly endless wealth. But the secrets around their affluence and grandeur excites gossip. Rumors about Benjamin’s financial maneuvers and Helen’s reclusiveness start to spread—all as a decade of excess and speculation draws to an end. At what cost have they acquired their immense fortune?

This is the mystery at the center of a successful 1938 novel entitled Bonds, which all of New York seems to have read. But it isn’t the only version.

Hernan Diaz’s Trust brilliantly puts the story of these characters into conversation with other accounts—and in tension with the life and perspective of a young woman bent on disentangling fact from fiction. The result is a novel that becomes more exhilarating and profound with each new layer and revelation. Provocative and propulsive, Trust engages the reader in a quest for the truth while confronting the reality-warping gravitational pull of money and how power often manipulates facts. An elegant, multifaceted epic that recovers the voices buried under the myths that justify our foundational inequality, Trust is a literary triumph with a beating heart and urgent stakes.

A finalist for the Pulitzer Prize for fiction and the PEN/Faulkner Award, Hernan Diaz’s work has been translated into more than twenty languages. He is the recipient of a Whiting Award, the winner of the William Saroyan International Prize, and has received a fellowship from the New York Public Library’s Dorothy and Lewis B. Cullman Center for Scholars and Writers. His first novel, In the Distance, was a Publishers Weekly Top 10 Book of the Year and one of Lit Hub’s Top 20 Books of the Decade. He lives in Brooklyn. 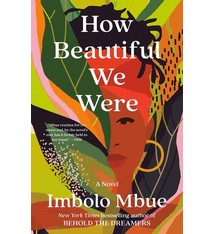 How Beautiful We Were: A novel