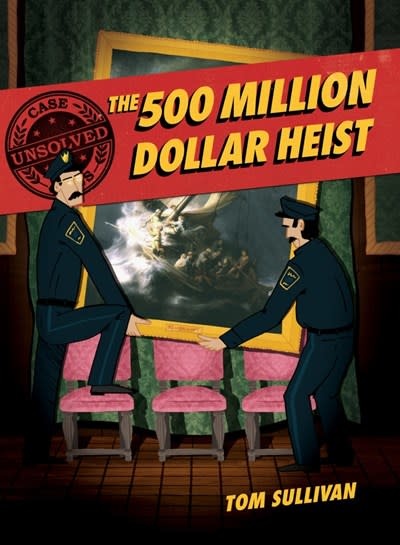 The third book in a new graphic nonfiction series about real unsolved cases, this time detailing the Isabella Stewart Gardner heist—the largest, and one of the most famous, art thefts in the world.

CASE NO. 003:March 18, 1990Boston, Massachusetts1:24 a.m.Two thieves posing as Boston police officers gain entry to the Isabella Stewart Gardner Museum. Once inside, they steal thirteen pieces of art, including several rare Rembrandts and Manets.Eighty-one minutes later, these men walk off with $500 million worth of art. This heist is the single largest private property theft in the United States—and despite decades of investigation and dozens of false leads, the case remains unsolved to this day.