Home » Valentina Salazar is Not a Monster Hunter 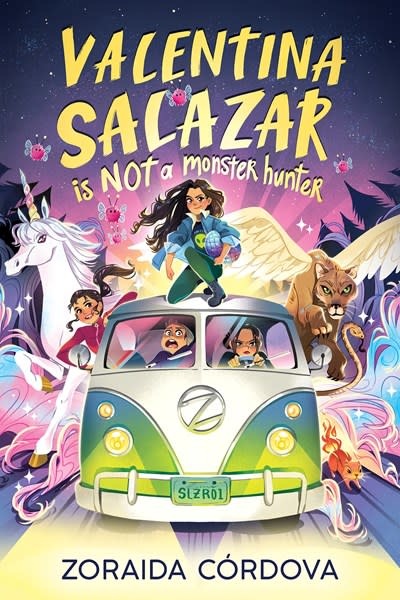 Valentina Salazar is Not a Monster Hunter

Sal and Gabi Break the Universe meets Supernatural in a heartfelt, hilarious adventure about a trio of tight-knit, monster-loving siblings from acclaimed author Zoraida Córdova.It takes a special person to end up in detention on the last day of school.It takes a REALLY special person to accidentally burn down the school yard while chasing a fire-breathing chipmunk.But nothing about Valentina Salazar has ever been “normal.” The Salazars are protectors, tasked with rescuing the magical creatures who sometimes wander into our world, from grumpy unicorns to chupacabras . . . to the occasional fire-breathing chipmunk.When Val’s father is killed during a rescue mission gone wrong, her mother decides it’s time to retire from their life on the road. She moves the family to a boring little town in upstate New York and enrolls Val and her siblings in real school for the first time.But Val is a protector at heart and she can’t give up her calling. So when a mythical egg surfaces in a viral video, Val convinces her reluctant siblings to help her find the egg before it hatches and wreaks havoc. But she has some competition: the dreaded monster hunters who’ll stop at nothing to destroy the creature . . . and the Salazar family.

Zoraida Córdova is the award-winning author of the Brooklyn Brujas series, The Vicious Deep trilogy, and Star Wars: A Crash of Fate. She has contributed stories to the New York Times bestselling anthology Star Wars: From a Certain Point of View, and Toil & Trouble: 15 Tales of Women and Witchcraft. Zoraida was born in Ecuador and raised in Queens, New York. 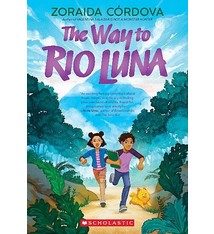 The Way to Rio Luna 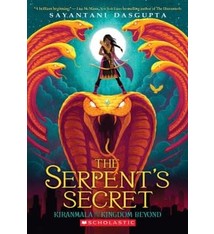