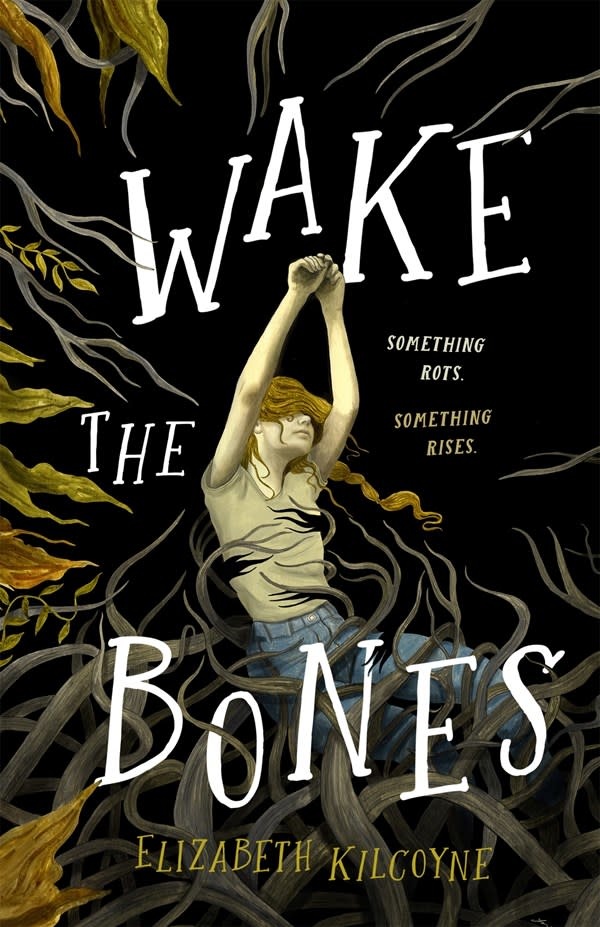 The sleepy little farm that Laurel Early grew up on has awakened. The woods are shifting, the soil is dead under her hands, and her bone pile just stood up and walked away.

After dropping out of college, all she wanted was to resume her life as a tobacco hand and taxidermist and try not to think about the boy she can’t help but love. Instead, a devil from her past has returned to court her, as he did her late mother years earlier. Now, Laurel must unravel her mother’s terrifying legacy and tap into her own innate magic before her future and the fate of everyone she loves is doomed.

Elizabeth Kilcoyne’s Wake the Bones is a dark, atmospheric debut about the complicated feelings that arise when the place you call home becomes hostile.

ELIZABETH KILCOYNE is an author, poet, and playwright from Lexington, Kentucky, who began this story at the same time her family undertook the process of establishing a cemetery on their tobacco farm in Central Kentucky. She has been published in several literary journals including Still: The Journal. Wake the Bones is her first novel.