Home » War: How Conflict Shaped Us 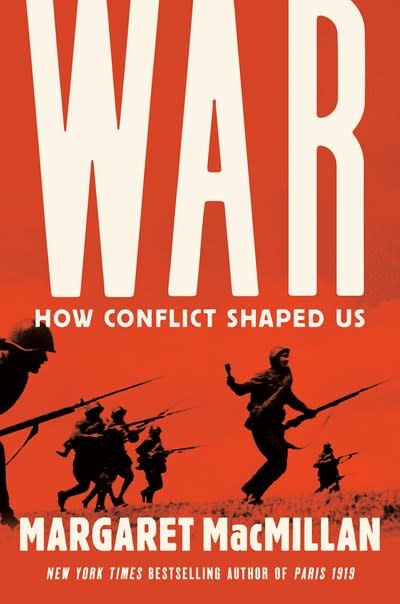 War: How Conflict Shaped Us

$30.00
From the internationally renowned historian and bestselling author of Paris 1919 comes a provocative argument that war is an essential aspect of human nature, and that peace is an aberration in history.

War, the instinct to fight, is inherent in human nature; peace is the aberration in history. War has shaped humanity, its institutions, its states, its values and ideas. Our very language, our public spaces, our private memories, some of our greatest cultural treasures reflect the glory and the misery of war. War is an uncomfortable and challenging subject not least because it brings out the most vile and the noblest aspects of humanity.

Margaret MacMillan looks at the ways in which war has shaped human history and how, in turn, changes in political organization, technology, or ideologies have affected how and why we fight. The book considers such much-debated and controversial issues as when war first started; whether human nature dooms us to fight each other; why war has been described as the most organized of all human activities and how it has forced us to become still more organized; how warriors are made and why are they almost always men; and how we try to control war.

Drawing on lessons from a sweep of history, from classical history to modern warfare, and from all parts of the globe, MacMillan reveals the many faces of war—the way it shapes our past, our future, our views of the world, and our very conception of ourselves.