Home » We Got Game!: 35 Female Athletes Who Changed the World 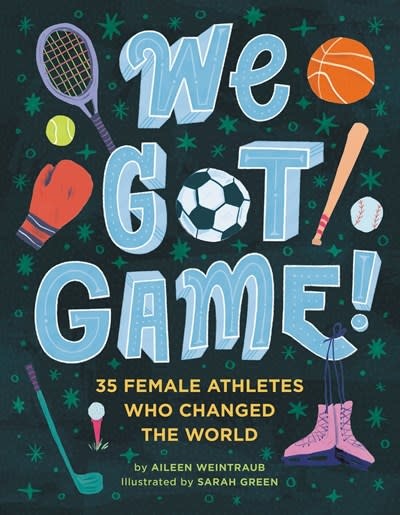 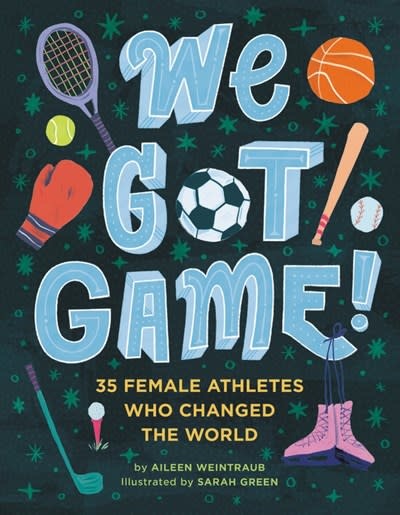 We Got Game!: 35 Female Athletes Who Changed the World

Inspire kids to be their best selves and get involved in social change with this stunning anthology about thirty-five amazing women in sports around the world and throughout history.

Do you play sports? Maybe you dream about scoring a goal on the soccer field or hitting a home run in baseball. Perhaps you're thinking about trying a new sport, but you're still not sure.

In We Got Game! you'll meet thirty-five female athletes who played hard, broke records, and inspired girls around the world. Some of these athletes have retired. Others are still competing. But they have one thing in common: they all got game! You'll read about the first woman horse jockey to compete in the Kentucky Derby, the number one tennis player in the world, a surfer who lost her arm in a shark attack, and a snow boarder who landed a death-defying jump, along with many others. These female athletes prove that girls can do anything!

Aileen Weintraub is an award-winning author and editor. She has written more than fifty books for children and young adults for publishers including Hachette, Scholastic, Simon & Schuster, and Sterling. Her best-selling book, Never Too Young! 50 Unstoppable Kids Who Made a Difference, won a 2018 Parents’ Choice Award. She also writes about female empowerment and issues that affect women. Her writing has been featured in The Washington Post, Glamour, Huff Post, AARP, and many other publications. She lives in New York with her family and her dog Monte, who keeps her company while she writes. You can find out more about her at www.aileenweintraub.com

Sarah Green is an illustrator and designer from San Francisco. She graduated from RISD in 2014 and now splits her time between her hometown of San Francisco and Vancouver, Canada, with her fluffy, tiny cat by her side. She loves history, research, and nature, and probably has more plants than a person should.