Home » What Comes After: A novel 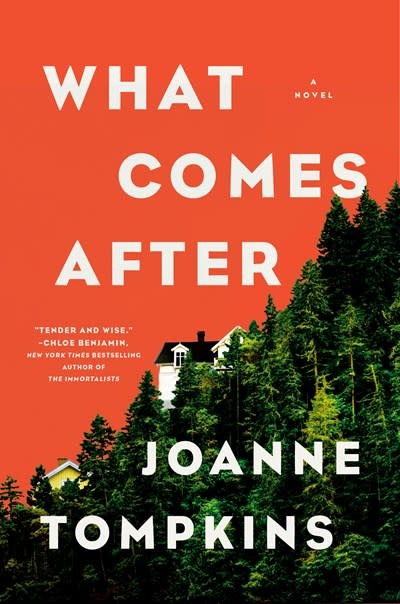 What Comes After: A novel

After the shocking death of two teenage boys tears apart a community in the Pacific Northwest, a mysterious pregnant girl emerges out of the woods and into the lives of those same boys’ families—a moving and hopeful novel about forgiveness and human connection.

In misty, coastal Washington State, Isaac lives alone with his dog, grieving the recent death of his teenage son Daniel. Next door, Lorrie, a working single mother, struggles with a heinous act committed by her own teenage son. Separated by only a silvery stretch of trees, the two parents are emotionally stranded, isolated by their great losses—until an unfamiliar sixteen year-old girl shows up, bridges the gap, and changes everything.

Evangeline’s arrival at first feels like a blessing, but she is also clearly hiding something. When Isaac, who has retreated into his Quaker faith, isn’t equipped to handle her alone, Lorrie forges her own relationship with the girl. Soon all three characters are forced to examine what really happened in their overlapping pasts, and what it all possibly means for a shared future.

With a propulsive mystery at its core, What Comes After offers an unforgettable story of loss and anger, but also of kindness and hope, courage and forgiveness. It is a deeply moving account of strangers and friends not only helping each other forward after tragedy, but inspiring a new kind of family.

JoAnne Tompkins was inspired to become a writer by the human resiliency she observed in her first career as a mediator and judicial officer. She lives in Port Townsend, Washington.