Home » What Happened to Rachel Riley? 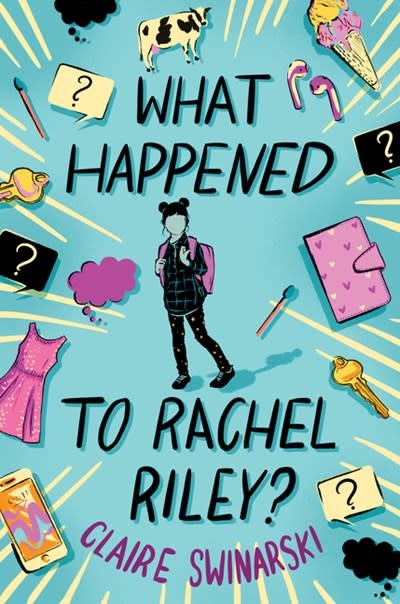 What Happened to Rachel Riley?

In this engrossing and inventive contemporary middle grade novel that's Where'd You Go Bernadette? with a #MeToo message, an eighth grader uses social media posts, passed notes, and other clues to find out why a formerly popular girl is now the pariah of her new school.

Anna Hunt may be the new girl at East Middle School, but she can already tell there’s something off about her eighth-grade class. Rachel Riley, who just last year was one of the most popular girls in school, has become a social outcast. But no one, including Rachel Riley herself, will tell Anna why.As a die-hard podcast enthusiast, Anna knows there’s always more to a story than meets the eye. So she decides to put her fact-seeking skills to the test and create her own podcast around the question that won’t stop running through her head: What happened to Rachel Riley?With the entire eighth grade working against her, Anna dives headfirst into the evidence. Clue after clue, the mystery widens, painting an even more complex story than Anna could have anticipated. But there’s one thing she’s certain of: If you’re going to ask a complicated question, you better be prepared for the fallout that may come with the answer.

Claire Swinarski was born and raised in Wisconsin, where she still lives with her husband and kids. What Happens Next was her debut middle grade novel and was followed by The Kate In Between. Her journalism has appeared in the Washington Post, Seventeen, Cosmopolitan, Good Housekeeping, Milwaukee magazine, and many other publications. She posts about books and babies online and thinks wandering around a library can solve 95 percent of life’s problems. To learn more about Claire, visit her online at claireswinarski.com.