Home » Where There's a Whisk 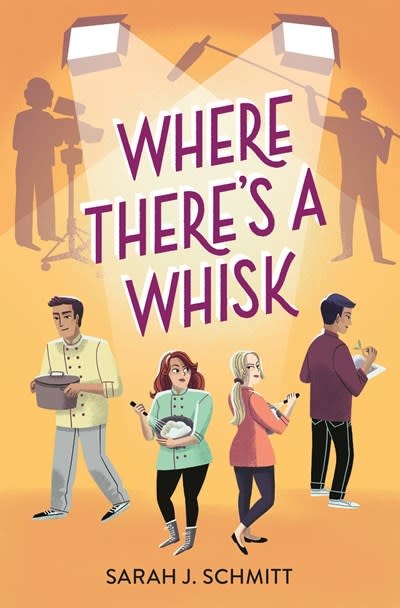 Where There's a Whisk

Life is what you bake it.Peyton Sinclaire wants nothing more than to escape her life as a diner waitress in her small, North Florida town and attend culinary school. Top Teen Chef, Food TV's new show that pairs reality TV drama with a fast-paced culinary competition, is her ticket out of her boring future. It's a once-in-a-lifetime chance to make her dreams come true and Peyton is determined to prove to herself, and the world, that where you're born does not determine where you can go. However, once on the show, Peyton quickly discovers that there is more to the competition than just a well-seasoned dish. As things start to heat up on and off the set, Peyton will have to prove to the judges that she deserves to win while trying to untangle what is real and what is scripted drama, and decide what she is willing to risk to win before her dreams end up on the chopping block.

Sarah Schmitt is a former K-8 school librarian and Youth Service Professional for Teens at a public library who enjoys teaching writing to teens through interactive school visits. She lives near Indianapolis with her husband, two kidlets, and a Houdini-esque pup named Sadie.