Home » Who Is Ketanji Brown Jackson? 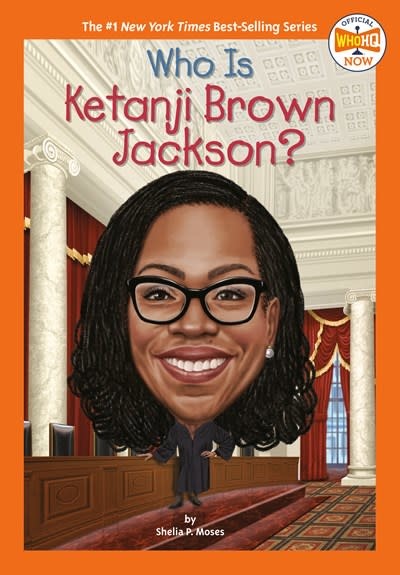 Who Is Ketanji Brown Jackson?

Discover how a young girl who was the star of her school's debate team became a federal jurist and the first Black woman to sit on the United States Supreme Court in this exciting addition to the Who HQ Now series that features newsmakers and trending topics.

Born in Washington, DC, in 1970, and raised in Miami, Florida, Ketanji Brown Jackson developed an interest in law and politics at an early age. As a preschooler, she sat with her father and watched him complete his law school assignments. And even though some people, including a school guidance counselor, discouraged Ketanji from aiming high, she proved them wrong and graduated with honors from Harvard Law School. She went on to serve on the U.S. District Court in 2013 and the United States Court of Appeals in 2021 before making history and becoming the first Black woman to be confirmed to the United States Supreme Court in 2022.

Series Overview: Who HQ Now retains all the best and beloved features of the Who Was? series at a lower page count and price point, allowing us to more quickly bring trending topics and newsworthy subjects to the market.

Shelia P. Moses is a poet, award-winning author, playwright, and producer. She has written several books for young readers, including The Legend of Buddy Bush; I, Dred Scott: A Fictional Slave Narrative Based on the Life and Legal Precedent of Dred Scott; The Baptism; and Who Is Stacey Abrams? She lives in Atlanta, Georgia.