Home » Why We Swim 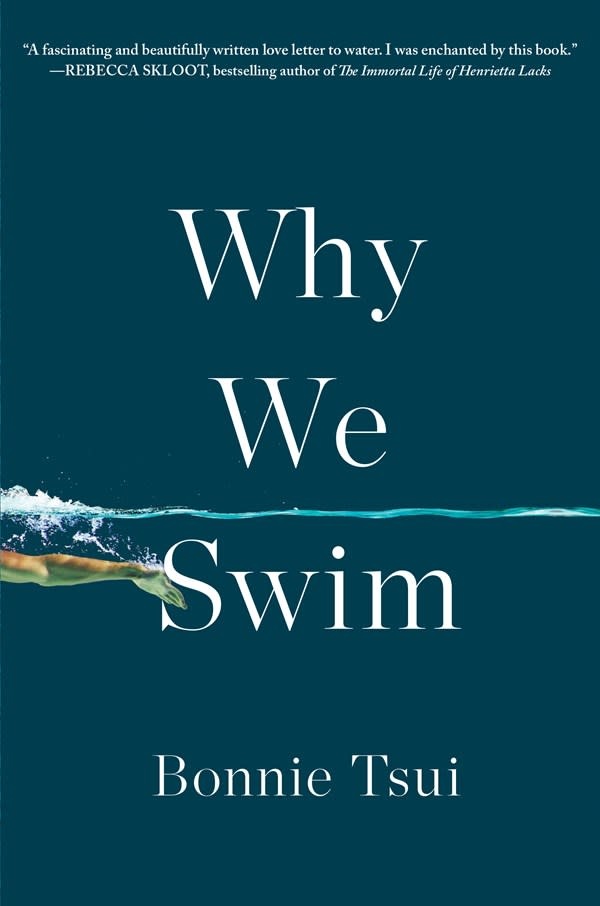 “A fascinating and beautifully written love letter to water. I was enchanted by this book." —Rebecca Skloot, bestselling author of The Immortal Life of Henrietta Lacks

An immersive, unforgettable, and eye-opening perspective on swimming—and on human behavior itself.

We swim in freezing Arctic waters and piranha-infested rivers to test our limits. We swim for pleasure, for exercise, for healing. But humans, unlike other animals that are drawn to water, are not natural-born swimmers. We must be taught. Our evolutionary ancestors learned for survival; now, in the twenty-first century, swimming is one of the most popular activities in the world.

Why We Swim is propelled by stories of Olympic champions, a Baghdad swim club that meets in Saddam Hussein’s palace pool, modern-day Japanese samurai swimmers, and even an Icelandic fisherman who improbably survives a wintry six-hour swim after a shipwreck. New York Times contributor Bonnie Tsui, a swimmer herself, dives into the deep, from the San Francisco Bay to the South China Sea, investigating what about water—despite its dangers—seduces us and why we come back to it again and again.

Bonnie Tsui lives, swims, and surfs in the Bay Area. A longtime contributor to the New York Times and California Sunday Magazine, she has been the recipient of the Jane Rainie Opel Young Alumna Award from Harvard University, the Lowell Thomas Gold Award, and a National Press Foundation Fellowship. Her last book, American Chinatown: A People's History of Five Neighborhoods, won the Asian/Pacific American Award for Literature and was a San Francisco Chronicle bestseller and Best of 2009 Notable Bay Area Books selection. Her website is bonnietsui.com.