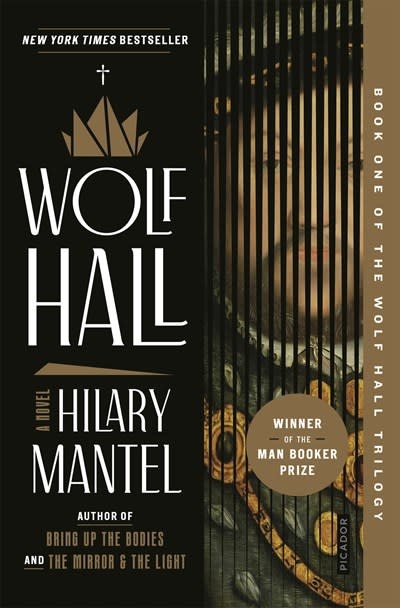 The Man Booker Prize-winning first novel in Hilary Mantel’s magnificent trilogy about Thomas Cromwell and Henry VIII, in a gorgeous new edition to celebrate the trilogy’s completion with The Mirror & the Light

England in the 1520s is a heartbeat from disaster. If the king dies without a male heir, the country could be destroyed by civil war. Henry VIII wants to annul his marriage of twenty years and marry Anne Boleyn. The pope and most of Europe opposes him. Into this impasse steps Thomas Cromwell: a wholly original man, a charmer and a bully, both idealist and opportunist, astute in reading people, and implacable in his ambition. But Henry is volatile: one day tender, one day murderous.

Cromwell rises to heights no one could have imagined. The Boleyns, the Howards, the old families and the new, cannot fathom why the king so trusts and relies on a man of no title and an obscured past, even after Cromwell’s mentor Cardinal Wolsey falls from favor. Cromwell manages to deliver the king’s wishes, but what will be the price of his triumph? In Wolf Hall, Mantel inhabits the fascinating mind of a man little understood and widely mythologized, bringing his influence on the making of Britain into new, dazzling light.

Hilary Mantel is the two-time winner of the Man Booker Prize for her best-selling novels, Wolf Hall, and its sequel, Bring Up the Bodies. Wolf Hall has been translated into 36 languages, Bring Up the Bodies into 31 languages, and sales for both books have reached over 5 million copies worldwide. In addition to the Wolf Holf trilogy, she is the author of A Place of Greater Safety, Giving Up the Ghost, The Assassination of Margaret Thatcher, Beyond Black, Every Day Is Mother’s Day, Vacant Possession, Eight Months on Ghazzah Street Fludd, A Change of Climate, An Experiment in Love, The Giant, O’Brien, and Learning to Talk.