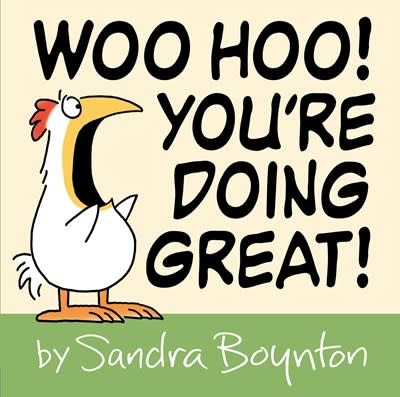 Whether you are learning to skate, baking a cake, or even making a mistake, this hilarious and heartfelt rhyming book reminds us that trying our best is reason to celebrate. From children trying to master new skills to adults who had a hard week at work, we all get overwhelmed sometimes and need reassurance. And who better to offer it than a chicken exclaiming: “WOO HOO! YOU’RE DOING GREAT!”

The ideal gift to cheer on kids and adults through life’s milestones--both big and small--including moving up ceremonies and graduations, birthdays, testing out a hobby, starting out somewhere new, and so much more.