Home » Marvel Superheroes: This is Shang-Chi (World of Reading, Lvl 1) 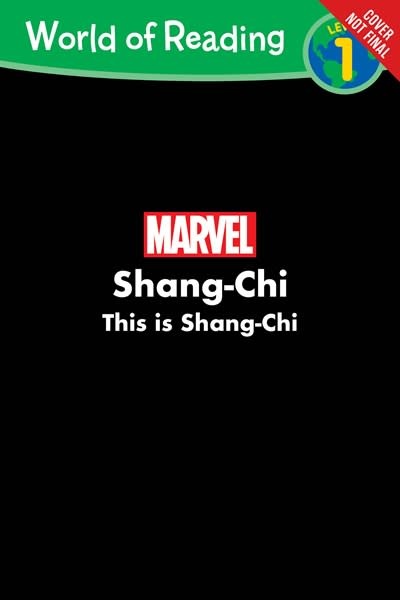 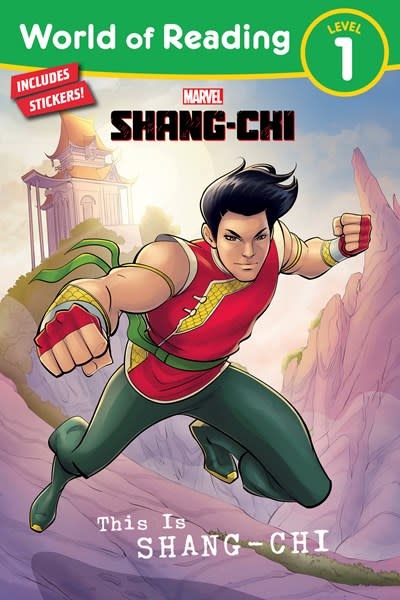 Marvel Superheroes: This is Shang-Chi (World of Reading, Lvl 1)

Catalog Copy: The This is line of Marvel's World of Reading early readers is designed to offer reluctant readers books they will want to read by featuring the origin stories of characters they love.

Shang-Chi lives in San Francisco and works at a bakery—but he has a secret: he is a master of martial arts! Shang-Chi was raised in China and was taught all about his father's five schools of fighting to become the champion of the hand school.

Learn how Shang-Chi uses his martial arts skills to becomes an Avenger—and a super hero—in this leveled reader.

Complete your Marvel World of Reading collection and get to know the origin stories for each of your favorite heroes!This is Spider-ManThis is Black PantherThis is Miles MoralesThis is Captain MarvelThis is Black WidowThis is ThorThis is Doctor StrangeThis is Falcon

A 32-page reader that introduces Shang-Chi, one of the newest characters being introduced to the Marvel Cinematic Universe in May 2021.

NEW PHASE OF CHARACTERS: After the conclusion of phase four of the Marvel Studios 23-film arc, the priorities of the franchise have shifted to feature new characters and a whole new set of stories leading with The Eternals and Shang-Chi. While this is an evergreen storybook, it will introduce readers to one of the franchise's newest characters.

TIMED TO FILM: This book will be out just in time for the highly-anticipated release of Shang-Chi and the Legend of the Ten Rings film to be released on May 7, 2021. The Marvel Cinematic Universe has seeded easter eggs for Shang-Chi in past films, including Iron Man 3.

WE NEED DIVERSE BOOKS! Fans will finally get the lead Asian superhero they've been asking for and deserve, making Shang-Chi an exciting addition to the mainstream Marvel Universe.

WORLD OF READING IN THE MARVEL UNIVERSE: Since the start of Marvel Press in 2011, the imprint has sold over 800,000 copies of Marvel early readers, proving this series is loved by parents, teachers, and kids and fans alike!

STRATEGIC EDITORIAL APPROACH: Each of the three levels in the MARVEL titles in the World of Reading line takes a targeted approach to learning to read: Level 1 introduces the character and his world; Level 2 tells the origin of the hero; and Level 3 recounts one of the hero's greatest battles. The texts become more challenging with each level, until the reader, after mastering Level 3, is ready for chapter books.

Jason Reynolds is the #1 New York Times bestselling author of many books, including When I Was the Greatest, Boy in the Black Suit, All American Boys (cowritten with Brendan Kiely), As Brave as You, For Every One, the Track series (Ghost, Patina, Sunny, and Lu), Long Way Down, and Look Both Ways. He is a two-time National Book Award finalist; the recipient of a Newbery Honor, a Printz Honor, and multiple Coretta Scott King Honors; and the winner of a Kirkus Prize, two Walter Dean Myers Awards, and an NAACP Image Award, among other honors. He lives in Washington, D.C.

Dr. Ibram X. Kendi is a #1 New York Times bestselling author, the Andrew W. Mellon Professor in the Humanities, and the Founding Director of the Boston University Center for Antiracist Research. He is an Ideas Columnist at The Atlantic, and a correspondent with CBS News. He is the author of many books including Stamped from the Beginning: The Definitive History of Racist Ideas in America, which won the National Book Award for Nonfiction, and three #1 New York Times bestsellers: How to Be an Antiracist; Stamped: Racism, Antiracism, and You, co-authored with Jason Reynolds; and Antiracist Baby, illustrated by Ashley Lukashevsky.

Dr. Sonja Cherry-Paul is an educator, author, and the co-founder of the Institute for Racial Equity in Literacy. She is the Director of Diversity and Equity at the Teachers College Reading and Writing Project at Columbia University. As a former middle school English teacher, Sonja developed curriculum that centered the work of racial literacy in K-12 schools. She leads presentations at educational conferences and works with educators around the world providing professional development on antiracist reading and writing instruction.

Rachelle Baker is a multi-disciplinary artist from Detroit, Michigan. She is the artist behind many the covers of New York Times and Indie bestsellers including Grown and Furia, as well as the illustrator of Shirley Chisolm is a Verb by Veronica Chambers (Dial/PRH) and Making Our Way Home: The Great Migration and the Black American Dream by Blair Imani (Ten Speed Press/PRH). Her work has been featured in the New York Times, New York Magazine, Netflix, and Entertainment Weekly, among others.