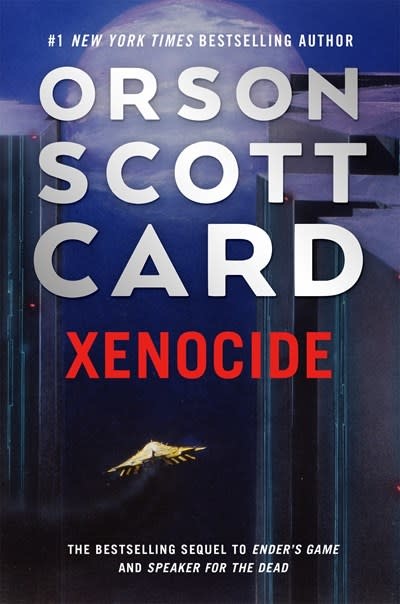 With over 20 million copies sold in the US and Canada, and translated into more than 34 languages, Orson Scott Card's Ender series is one of Tor's all-time bestselling series, now repackaged for new readers.

Xenocide is the international bestselling third book of The Ender Quintet.

Xenocide and its companion volume Children of the Mind tell the story of the end of Andrew Wiggin’s life on the planet Lusitania—and the way he and his children will change the human-settled galaxy once again.

Orson Scott Card's Enderverse series has sold over 20 million copies globally and has been in continuous print from Tor since its initial publication. Now we are excited to reissue the entire series in new uniform packages for a new generation of readers.

ORSON SCOTT CARD is the author of the international bestsellers Shadow of the Giant, Shadow Puppets, Shadow of the Hegemon, and Ender's Shadow, and of the beloved Hugo and Nebula award-winning classic of science fiction, Ender's Game, as well as the acclaimed fantasy series The Tales of Alvin Maker. He lives in Greensboro, North Carolina.