Home » You Will Be Found 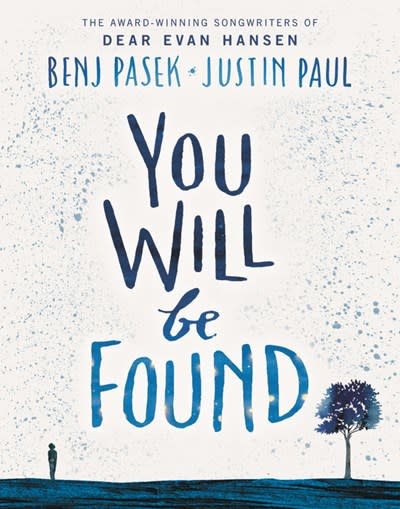 You Will Be Found

A new book from Benj Pasek and Justin Paul, the award-winning songwriters of the hit Broadway show Dear Evan Hansen.

When Benj Pasek and Justin Paul set out to write a pivotal song for Dear Evan Hansen, a musical they had been working on for years, they knew it had to be big and emotional and genuine. So they tapped into their main character's loneliness and allowed him to sing his way out of it. The result was "You Will Be Found," a song that sets in motion a moment that goes viral in the world of the show and in turn helps Evan find connection.

And then something happened in the world outside the show: Fans loved the song. It connected. It went viral. People who had never even seen Dear Evan Hansen found the song, and found comfort in its message of hope.

This beautifully illustrated edition of the "You Will Be Found" lyrics is for them, and for anyone on the edge of a new chapter in life. It serves as a reminder to anyone who feels lost or uncertain that, as the song says, you are not alone.

Benj Pasek and Justin Paul are the Oscar®, Grammy, Tony, and Golden Globe-winning songwriting team behind the Broadway musicals Dear Evan Hansen and A Christmas Story, The Musical. Their film projects include: The Greatest Showman, La La Land, Aladdin and Trolls, as well as the upcoming live action musical Snow White and original animated musical Foster.