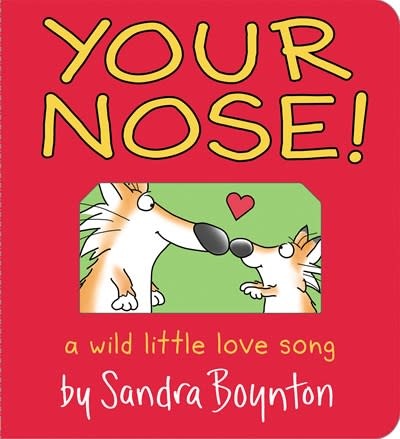 A new board book from Sandra Boynton celebrates the love between a parent and child - and that cute little nose!

You can tell everybody I told you so.

Starring a little fox child and a big fox parent, here’s a loving ode to terrific noses of all kinds. Your Nose! is a year-round valentine in the tradition of beloved Boynton board books like Snuggle Puppy. It’s a celebration of the love between a parent and child—and of the beautiful, boop-able noses we love.