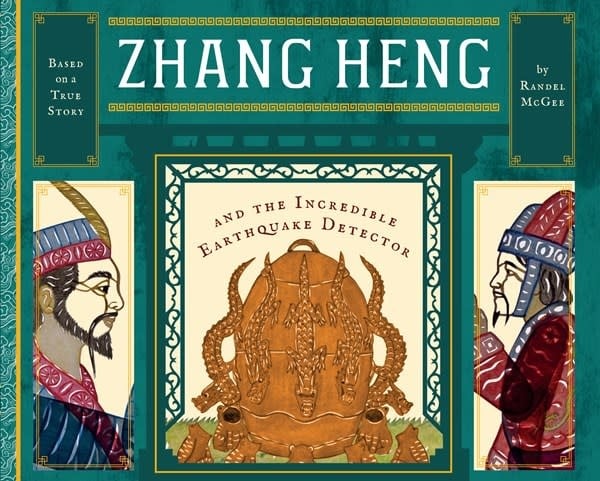 Zhang Heng, a brilliant inventor and advisor to the emperor, must create a device that can determine where an earthquake took place. Told in the dying art of Chinese shadow puppetry, this true story of the first seismograph will entertain and educate.

When thousands of people die in China's earthquakes, Emperor Shun Di does not know what to do as it takes days for a city to communicate the news to the Emperor. He assigns his wisest advisor, Zhang Heng, to create a device that will tell the Emperor and his court where an earthquake took place. Can Zhang Heng accomplish this impossible task?

Award-winning puppeteer Randel McGee who has studied the ancient art of shadow puppetry and performed all around the world brings his artistic prowess to the dying art of Chinese shadow puppetry. This beautiful picture book preserves both a remarkable true story and an incredible art form for generations to come.

Randel McGee is an internationally recognized storyteller, children's performing artist, and the author of Paper Craft Fun for Holidays. He was an artist-in-residence with the California Arts Council and Idaho Commission of the Arts and served as a consultant with the California State Library System.