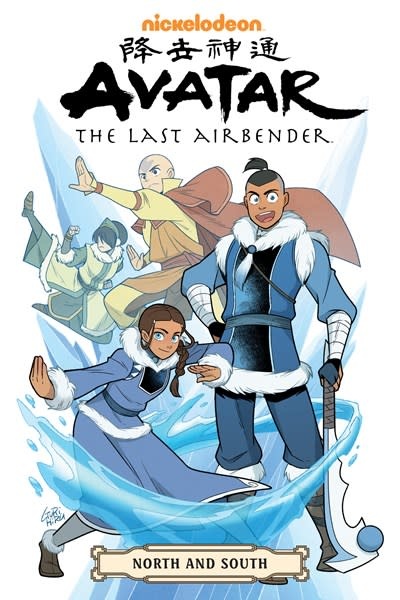 When Katara and Sokka return home to the Southern Water Tribe, they are shocked to find that it has gone from a small village to a bustling city, in this graphic novel based on the beloved Nickelodeon animated series!

Malina, a Northerner, is behind the change and plans to unify the Water Tribes, but Gilak, a Southerner, leads a fierce rebellion to stop her. In the face of these two opposing tribes, Katara will have to make peace with her nostalgia and mistrust to save the home she loves from being permanently torn apart.

This edition of Avatar: the Last Airbender—North and South by Gene Luen Yang and Gurihiru collects parts 1-3 for the first time in paperback, perfect for any Avatar fan’s home library!