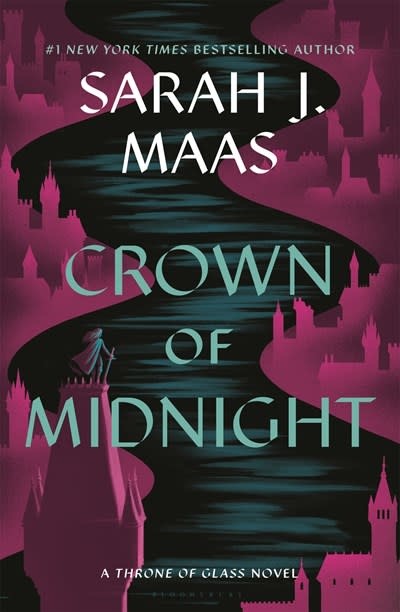 Celaena's story continues in this second book in the #1 bestselling Throne of Glass series by Sarah J. Maas.

Celaena Sardothien won a brutal contest to become the King's Champion. But she is far from loyal to the crown. Though she goes to great lengths to hide her secret, her deadly charade becomes more difficult when she realizes she is not the only one seeking justice. Her search for answers ensnares those closest to her, and no one is safe from suspicion-not the Crown Prince Dorian; not Chaol, the Captain of the Guard; not even her best friend, Nehemia, a princess with a rebel heart.

Then, one terrible night, the secrets they have all been keeping lead to an unspeakable tragedy. As Celaena's world shatters, she will be forced to decide once and for all where her true loyalties lie . . . and what she is willing to fight for.

The second book in the #1 New York Times bestselling Throne of Glass series returns readers to a land destroyed by liars, where one woman's truth is the only thing that can save them all.

Sarah J. Maas is the #1 New York Times and internationally bestselling author of the Throne of Glass, Court of Thorns and Roses, and Crescent City series. Her books have sold millions of copies and are published in thirty-eight languages. She lives in California with her family.