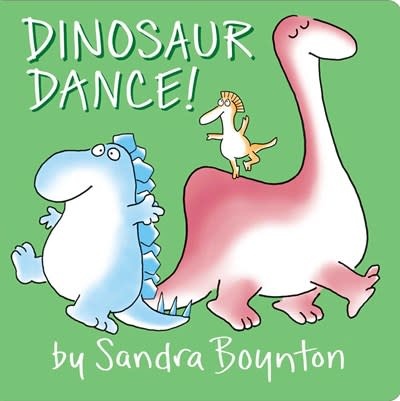 The DINOSAUR DANCE is starting NOW!

Join Boynton’s lively prehistoric bunch as they get everyone’s tails shaking. Whether they enthusiastically dance the Shimmy Shimmy Shake or simply do the Cha-Cha-Cha, young readers are sure to love spending time with these captivating creatures!