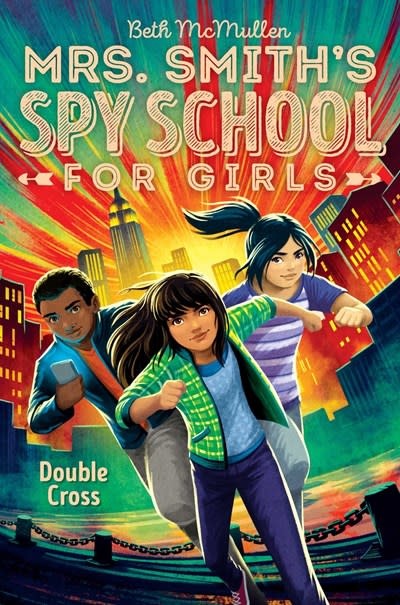 Abby and her classmates have all been invited to Briar Academy to participate in The Challenge, a prep school competition where teams compete for prizes and the glory of being the best of the best. While there, they figure out their nemesis, The Ghost, is using Briar as headquarters to plan a devastating attack on his enemies (a.k.a. pretty much everyone) using a brand-new invention Toby developed. And this time, The Center and Mrs. Smith will be of no help as Abby suspects there is someone working for The Ghost on the inside—and they can trust no one.

Beth McMullen is the author of the Mrs. Smith’s Spy School for Girls series; the Lola Benko, Treasure Hunter series; and several adult mysteries. Her books have heroes and bad guys, action and messy situations. An avid reader, she once missed her subway stop and rode the train all the way to Brooklyn because the book she was reading was that good. She lives in Northern California with her family, two cats and a parakeet named Zeus, who is sick of the cats eyeballing him like he’s dinner. Visit her at BethMcMullenBooks.com.