Home » One Flew Over the Cuckoo's Nest (Penguin Classics) 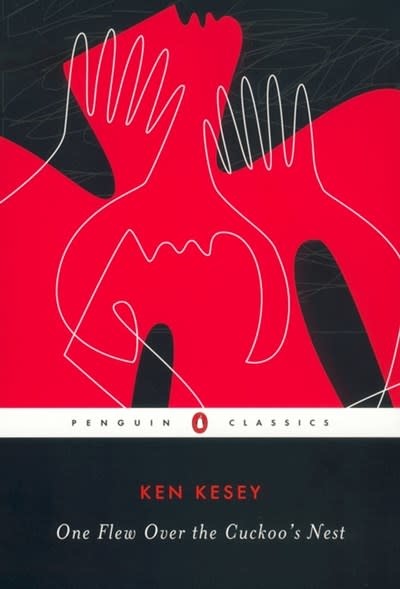 One Flew Over the Cuckoo's Nest (Penguin Classics)

Ken Kesey’s bracing, inslightful novel about the meaning of madness and the value of self-reliance, and the inspiration for the new Netflix original series Ratched

Boisterous, ribald, and ultimately shattering, Ken Kesey’s One Flew Over the Cuckoo’s Nest is the seminal novel of the 1960s that has left an indelible mark on the literature of our time. Here is the unforgettable story of a mental ward and its inhabitants, especially the tyrannical Big Nurse Ratched and Randle Patrick McMurphy, the brawling, fun-loving new inmate who resolves to oppose her. We see the struggle through the eyes of Chief Bromden, the seemingly mute half-Indian patient who witnesses and understands McMurphy’s heroic attempt to do battle with the awesome powers that keep them all imprisoned.

Ken Kesey was born in 1935 and grew up in Oregon. His books include Sometimes a Great Notion, Kesey’s Garage Sale, Demon Box, Sailor Song, and Last Go Round (with Ken Babbs). He passed away on November 10, 2001.