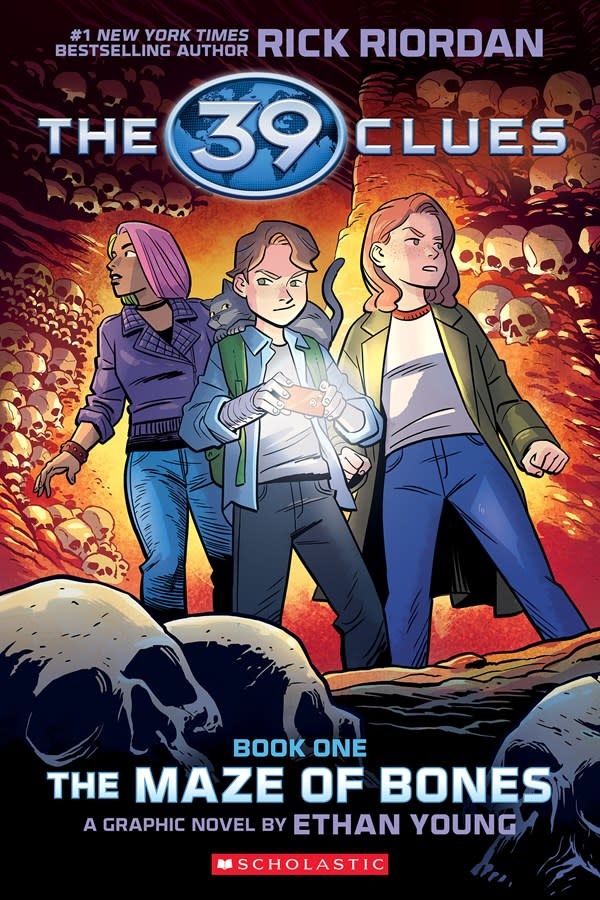 The graphic novel adaptation of the mega-bestseller that launched a global phenomenon!Minutes before she died Grace Cahill changed her will, leaving her decendants an impossible decision: "You have a choice - one million dollars or a clue."Grace is the last matriarch of the Cahills, the world's most powerful family. Everyone from Marie Curie to Harry Houdini is related to the Cahills, yet the source of the family power is lost. 39 Clues hidden around the world will reveal the family's secret, but no one has been able to assemble them. Now the clues race is on, and young Amy and Dan must decide what's important: hunting clues or uncovering what REALLY happened to their parents.

Ethan Young was born and raised in NYC to Chinese immigrant parents. Young is best known for NANJING: The Burning City, winner of the 2016 Reuben Award for Best Graphic Novel, which was also nominated for both the Eisner and Harvey awards. His other works include The Battles of Bridget Lee, Space Bear, and Life Between Panels. In addition to his comic book work, Young is also a prolific freelance illustrator, and worked as a character designer on the FXX animated TV show, Major Lazer.

Rick Riordan is the #1 New York Times bestselling author of the Percy Jackson and the Olympians series for children and the Tres Navarre series for adults. His books have won many accolades including a mention on the 2005 New York Times Notable list for The Lightning Thief. Rick lives with his family in San Antonio, Texas.