Home » A Dark and Hollow Star 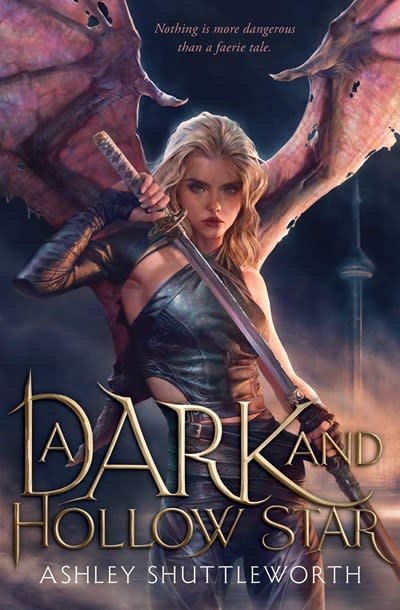 A Dark and Hollow Star

The Cruel Prince meets City of Bones in this thrilling urban fantasy set in the magical underworld of Toronto that follows a queer cast of characters racing to stop a serial killer whose crimes could expose the hidden world of faeries to humans.

The “ironborn” half-fae outcast of her royal fae family.

A tempestuous Fury, exiled to earth from the Immortal Realm and hellbent on revenge.

A dutiful fae prince, determined to earn his place on the throne.

The prince’s brooding guardian, burdened with a terrible secret.

For centuries, the Eight Courts of Folk have lived among us, concealed by magic and bound by law to do no harm to humans. This arrangement has long kept peace in the Courts—until a series of gruesome and ritualistic murders rocks the city of Toronto and threatens to expose faeries to the human world.

Four queer teens, each who hold a key piece of the truth behind these murders, must form a tenuous alliance in their effort to track down the mysterious killer behind these crimes. If they fail, they risk the destruction of the faerie and human worlds alike. If that’s not bad enough, there’s a war brewing between the Mortal and Immortal Realms, and one of these teens is destined to tip the scales. The only question is: which way?

Wish them luck. They’re going to need it.

Ashley Shuttleworth is a young adult fantasy author with a degree in English literature and a slight obsession with The Legend of Zelda, Kingdom Hearts, and Final Fantasy. They currently live in Ontario, Canada, with their cat named Zack and a growing collection of cosplay swords. You can find them online at AshleyShuttleworth.com.