Home » A Gentleman in Moscow 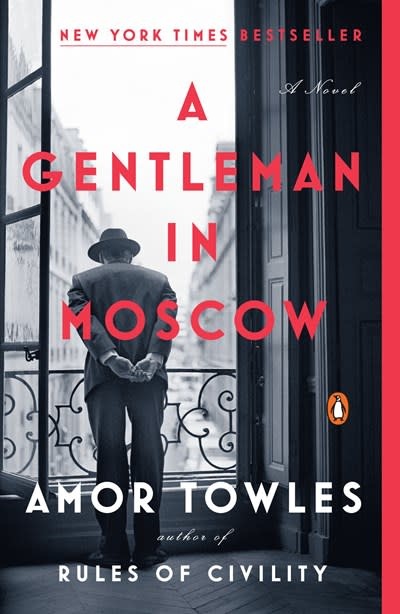 A Gentleman in Moscow

The mega-bestseller with more than 1.5 million readers that is soon to be a major television series

“The novel buzzes with the energy of numerous adventures, love affairs, [and] twists of fate.”—The Wall Street Journal

As this “irresistible” (O, the Oprah Magazine) second novel by Amor Towles opens, in 1922, a Russian Count in his early thirties is sentenced by the Bolsheviks to spend the rest of his life in a small attic room in a luxury hotel near the Kremlin.

Unexpectedly, the Count’s reduced circumstances provide him entry to a much larger world of emotional discovery as he forges friendships over the following three decades with the hotel’s other denizens, including a willful actress, a shrewd Kremlinite, a gregarious American, and a temperamental chef.

When fate suddenly puts the life of a young girl in his hands, he must draw on all his ingenuity to protect the future she so deserves.