Home » A History of Burning 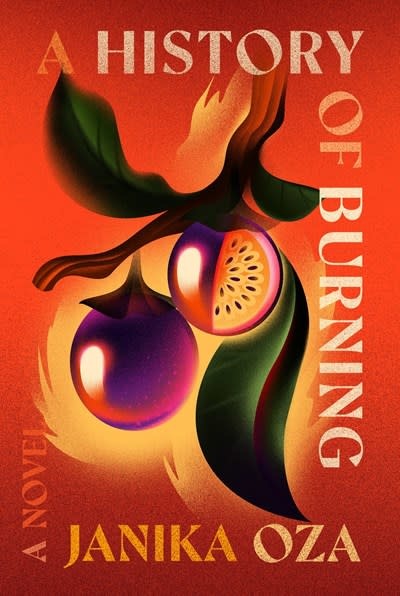 A History of Burning

An epic, sweeping historical debut novel “about what it means to be part of a family and lineage, in all its heartbreaking and wondrous complexity” spanning continents and a century, and how one act of survival can reverberate through generations (Rachel Khong, author of Goodbye, Vitamin).

At the turn of the twentieth century, Pirbhai, a teenage boy looking for work, is taken from his village in India to labor on the East African Railway for the British. One day Pirbhai commits an act to ensure his survival that will haunt him forever and reverberate across his family's future for years to come.

Pirbhai's children are born and raised under the jacaranda trees and searing sun of Kampala during the waning days of British colonial rule. As Uganda moves towards independence and military dictatorship, Pirbhai's granddaughters, Latika, Mayuri, and Kiya, are three sisters coming of age in a divided nation. As they each forge their own path for a future, they must carry the silence of the history they've inherited. In 1972, under Idi Amin's brutal regime and the South Asian expulsion, the family has no choice but to flee, and in the chaos, they leave something devastating behind.

As Pirbhai's grandchildren, scattered across the world, find their way back to each other in exile in Toronto, a letter arrives that stokes the flames of the fire that haunts the family. It makes each generation question how far they are willing to go, and who they are willing to defy to secure their own place in the world.

A History of Burning is an unforgettable tour de force, an intimate family saga of complicity and resistance, about the stories we share, the ones that remain unspoken, and the eternal search for home.

Janika Oza is the winner of the 2022 O. Henry Prize for Short Fiction, and the  2020 Kenyon Review Short Fiction Award. She has received support from The Millay Colony, Tin House Summer and Winter Workshops, VONA/Voices of Our Nation, and the One Story Summer Writers Conference, and her stories and essays have appeared in publications such as The Best Small Fictions 2019 Anthology, Catapult, The Adroit Journal, The Cincinnati Review, Anomaly, and The Malahat Review, among others. A chapter of this novel was longlisted for the 2019 CBC Short Story Prize and published in Prairie Schooner. She is a Features reader for The Rumpus and a 2020 Diaspora Dialogues long‑form fiction mentee. She lives in Toronto.