Home » A Hundred Other Girls 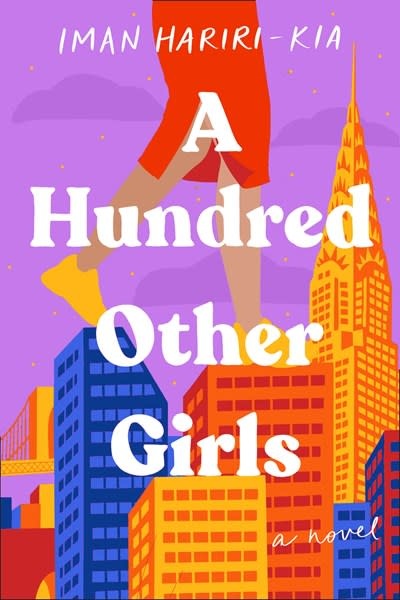 A Hundred Other Girls

A Middle-Eastern-American blogger gets the opportunity of a lifetime when she's hired at the magazine she's idolized her entire life. But how much is she willing to sacrifice to climb the corporate ladder?

Noora is a Middle-Eastern-American aspiring writer, amateur blogger, and recent NYU grad—which is a glamorous way of saying she tutors wealthy Upper East Side kids and is currently crashing on her sister's couch. So when an opportunity arises to work for Vinyl Magazine as the assistant to the iconic Editor-in-Chief Loretta James, Noora jumps at the once-in-a-lifetime chance. The magazine practically raised her, teaching her everything from how to properly insert a tampon to which political philosophy she subscribes to, and this is the perfect first step toward her dream career.But it quickly becomes clear that there's a darker side to Vinyl's glitz and glam. The old-school, elitist Print team and the woke-for-the-wrong-reasons Digital team are at war with each other, sabotaging one another's content, poaching talent, and exposing secrets. As both sides attempt to use her as a spy in their corporate warfare, Noora must also juggle the relentless demands of her job with her own goals, all while navigating a tentative new friendship with a brilliant editor, a fall-out with her sister, and an ill-advised attraction to the hot IT guy. But in a world of viral scams and salacious stories, the push of a button can change everything, and Noora will have to find that out the hard way.Clever, incisive, and thoroughly fun, A Hundred Other Girls is an insider's take on the changing media industry, an ode to sisterhood, and a profound exploration of what it means to chase your dreams.

IMAN HARIRI-KIA is a writer and editor born and based in New York City. A nationally acclaimed journalist, she covers sex, relationships, identity, and adolescence. You can often find her writing about her personal life on the internet, much to her parents' dismay.