Home » A Natural History of Mermaids 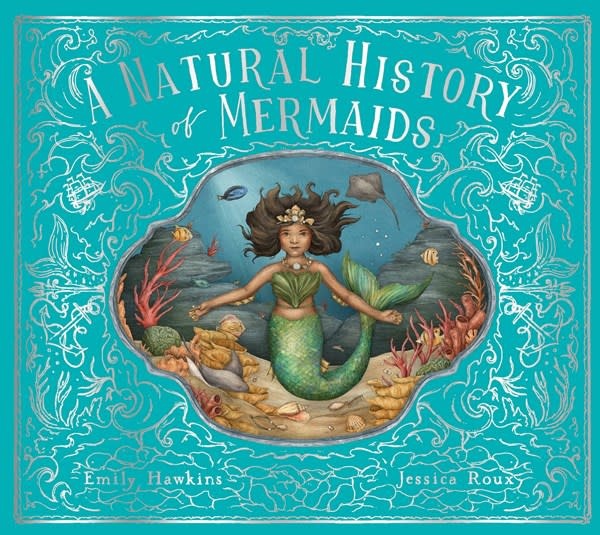 A Natural History of Mermaids

A Natural History of Mermaids is a complete guide to the mermaid, from historical sightings and superstitions surrounding them to their appearance and anatomy.

A Natural History of Mermaids is a meticulously detailed field notebook containing all there is to know about the natural history of mermaids from around the world.

In 1872, intrepid (fictional) explorer Darcy Delamare disguised herself as a man to claim a place on board the (real life) scientific expedition of the HMS Challenger. She made a record of her findings on the trip, recounting the extraordinary sea creatures she witnessed: creatures that, until now, nobody had believed really existed... mermaids!

Following on from the beautiful A Natural History of Fairies and A Natural History of Magick, this beautifully illustrated vintage album is filled with descriptions and illustrations of Delamare's findings, from tales of mermaids in ancient lore to more recent sightings as well as facts on the beliefs and superstitions surrounding these elusive creatures.

Children will delight in discovering the anatomy, behaviour and lifecycles of the Merfolk and how they have hidden themselves from human discovery over millennia. Pore over the anatomy of tails, learn how these mysterious creatures communicate and immerse yourself in their underwater world.

The Folklore Field Guides series is a charming collection of beautifully illustrated handbooks on topics of lore and legend. Fascinating facts are accompanied by breathtaking illustrations, all presented in an engaging narrative form.

Once a children’s book editor, Emily Hawkins is now a full-time author. Her work has been featured on the New York Times bestseller list (Oceanology, 2009) as well as winning the Children’s Travel Book of the Year Award (Atlas of Animal Adventures, 2016). Along with her background in children’s non-fiction Emily has a strong interest in myth, folklore and storytelling. In 2020 she wrote A Natural History of Fairies, which has been translated into twelve languages, selling more than 100,000 copies worldwide. Emily holds a first-class English degree from Nottingham University, and lives in Winchester, UK.Jessica Roux is a Nashville-based illustrator and plant and animal enthusiast. She loves exploring in her own backyard and being surrounded by an abundance of nature. Using subdued colors and rhythmic shapes, she renders flora, fauna, food, and many other things with intricate detail reminiscent of old world beauty. Her first book with Frances Lincoln is A Natural History of Fairies (September 2020).