Home » A Sky Full of Song 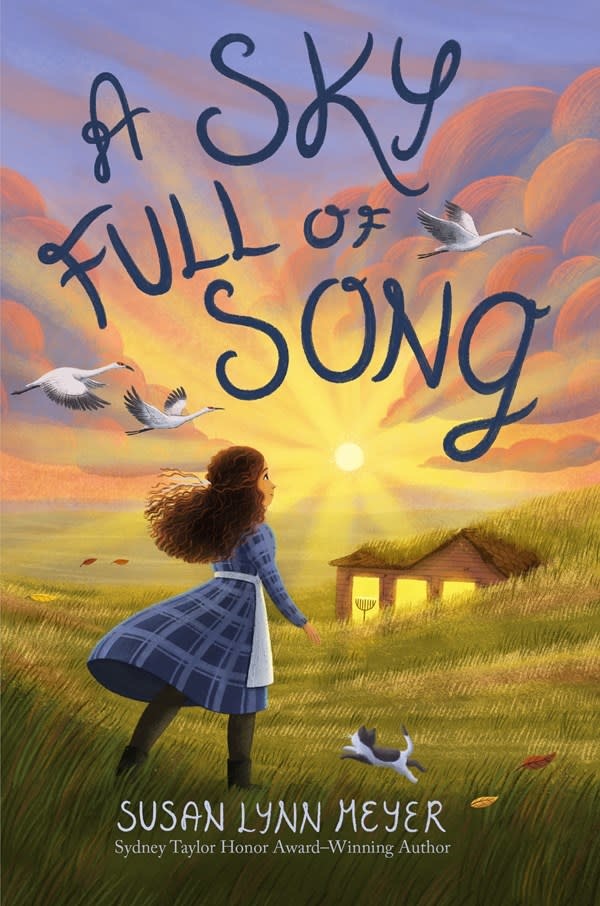 A Sky Full of Song

Eleven-year-old Shoshana and her family flee from Russian pogroms to North Dakota, where land is available to those who are willing to farm it—even Jews. Shoshana loves the wild freedom of the prairie, and, at first, loves school, making friends, and learning English. But when she is bullied for being Jewish, Shoshana starts to feel like it might be easier to hide her faith, even in America.

Only by listening to the music that’s lived in her heart all along can Shoshana embrace the differences that allow her family to thrive and grow together in their new home.

This heartwarming, beautifully written middle-grade historicalnovel about an untold American frontier story is destined to be a cherished classic.

After fleeing persecution in the Russian Empire, eleven-year-old Shoshana and her family, Jewish immigrants, start a new life on the prairie. Shoshana takes fierce joy in the wild beauty of the plains and the thrill of forging a new, American identity. But it’s not as simple for her older sister, Libke, who misses their Ukrainian village and doesn’t pick up English as quickly or make new friends as easily. Desperate to fit in, Shoshana finds herself hiding her Jewish identity in the face of prejudice, just as Libke insists they preserve it.

For the first time, Shoshana is at odds with her beloved sister, and has to look deep inside herself to realize that her family’s difference is their greatest strength. By listening to the music that’s lived in her heart all along, Shoshana finds new meaning in the Jewish expression all beginnings are difficult, as well as in the resilience and traditions her people have brought all the way to the North Dakota prairie.

Susan Lynn Meyer is the author of two previous middle-grade historical novels—Black Radishes, a Sydney Taylor Honor Award winner, and Skating with the Statue of Liberty—as well as three picture books. Her works have won the Jane Addams Peace Association Children’s Book Award and the New York State Charlotte Award, as well as many other honors. Her novels have been chosen as Junior Library Guild and PJ Our Way selections, included among Bank Street College of Education’s Best Children’s Books of the Year, and translated into German and Chinese. She is Professor of English and Creative Writing at Wellesley College and lives outside Boston.