Home » A Venom Dark and Sweet 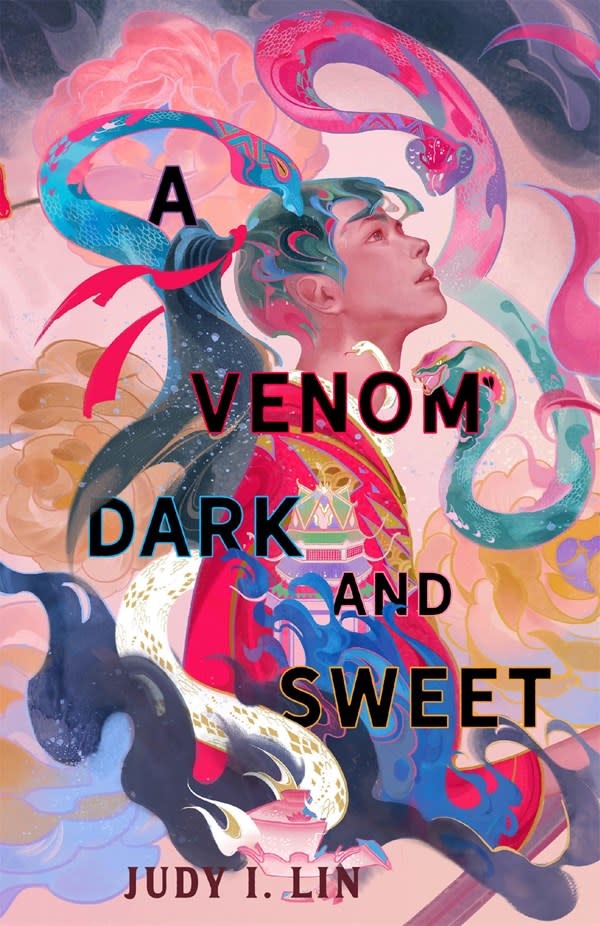 A Venom Dark and Sweet

By Judy I. Lin

In this thrilling conclusion to the Book of Tea YA duology, a young tea-maker may be the only one who can stop an evil darkness from spreading throughout her homeland.

A great evil has come to the kingdom of Dàxi. The Banished Prince has returned to seize power, his rise to the dragon throne aided by the mass poisonings that have kept the people bound in fear and distrust.

Ning, a young but powerful shénnóng-shi—a wielder of magic using the ancient and delicate art of tea-making—has escorted Princess Zhen into exile. Joining them is the princess' loyal bodyguard, Ruyi, and Ning's newly healed sister, Shu. Together the four young women travel throughout the kingdom in search of allies to help take back Zhen's rightful throne.

But the golden serpent still haunts Ning's nightmares with visions of war. An evil far more ancient than the petty conflicts of men has awoken, and all the magic in the land may not be enough to stop it.

Judy I. Lin, author of the Book of Tea duology (A Magic Steeped in Poison and A Venom Dark and Sweet), was born in Taiwan and immigrated to Canada with her family at a young age. She grew up with her nose in a book and loved to escape to imaginary worlds. She now works as an occupational therapist and still spends her nights dreaming up imaginary worlds of her own. She lives on the Canadian prairies with her husband, daughter and elderly cat. judyilin.com