Home » A Whale of a Tea Party 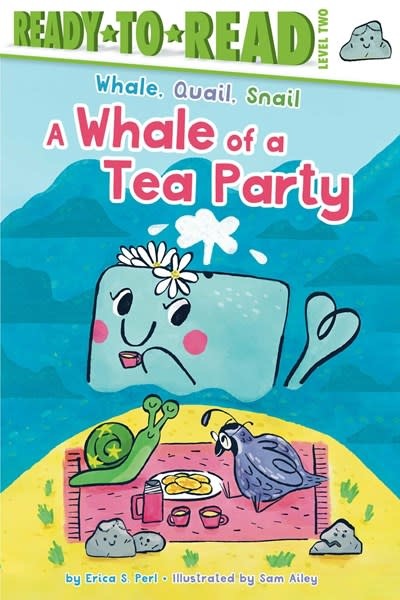 A Whale of a Tea Party

Charming and quirky friends Whale, Quail, and Snail have a tea party in this all-new Level 2 Ready-to-Read from award-winning author Erica S. Perl!

Meet a whale named Whale. She spends most of her time exploring the area near Tiny Island, dreaming of a day when she’ll have real friends, not just rock friends. One day, Whale decides to throw a tea party…and it changes everything, especially when Quail and Snail show up!

Erica S. Perl is a full-time writer and part-time chicken. She is the author of Chicken Butt!; Ninety-three in My Family (Reuben Award, Book Sense Pick, Slate’s Best Books), which School Library Journal called a “comic masterpiece;” and Chicken Bedtime Is Really Early, which received a starred review from Booklist. She lives with her family in Washington, DC.

Sam Ailey is an illustrator, designer, and dog dad based in Southeast London.