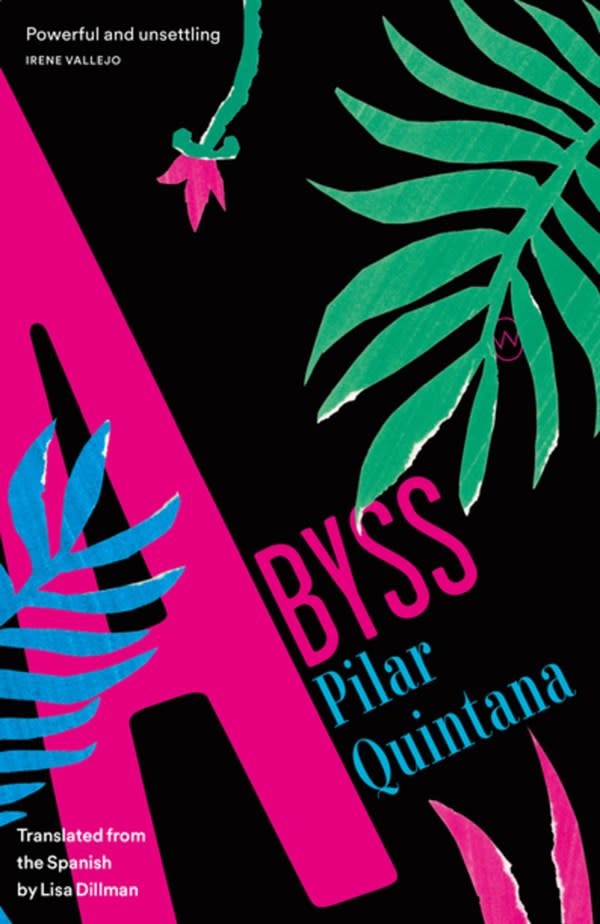 By the Colombian author of The Bitch, a 2020 National Book Award Finalist and PEN Awards WinnerClaudia is an impressionable eight-year-old girl, trying to understand the world through the eyes of the adults around her. But her hardworking father hardly speaks a word, while her unhappy mother spends her days reading celebrity lifestyle magazines, tending to her enormous collection of plants, and filling Claudia’s head with stories about women who end their lives in tragic ways. Then an interloper arrives, disturbing the delicate balance of family life, and Claudia’s world starts falling apart. In this strikingly vivid portrait of Cali, Colombia, Claudia’s acute observations remind us that children are capable of discerning extremely complex realities even if they cannot fully understand them. In Abyss, Quintana leads us brilliantly into the lonely heart of the child we have all once been, driven by fear of abandonment.

Pilar Quintana is a widely respected Colombian author. In 2007, Hay Festival selected her as one of the most promising young authors of Latin America. Her previous novel, The Bitch, won a PEN Translates award in the UK and was a finalist for the National Book Award in the US. It also won the prestigious Colombian Biblioteca de Narrativa Prize, was selected for several Best Books of 2017 lists, and was chosen as one of the most valuable objects to preserve for future generations in a marble time capsule in Bogotá. Abyss, her latest novel, was awarded the Premio Alfaguara de Novela, which is among the most prestigious awards in the Spanish language.Lisa Dillman lives in Atlanta, Georgia, where she translates Spanish, Catalan, and Latin American writers and teaches in the department of Spanish and Portuguese at Emory University. Some of her recent translations include A Silent Fury by Yuri Herrera, A Luminous Republic by Andrés Barba, The Touch System by Alejandra Costamagna, and The Bitch by Pilar Quintana (a finalist for the 2020 National Book Award for Translated Literature in the US).