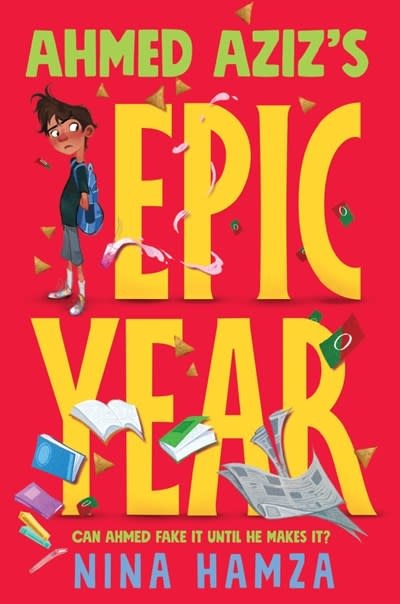 The Best at It meets John David Anderson in this Indian Muslim #ownvoices debut about a champion underachiever who must start over in a new state with the help of three classic books.

Ahmed Aziz is having an epic year—epically bad. His family moved from Hawaii to Minnesota because his dad got sick, and even though Minnesota is where his dad grew up, Ahmed can’t imagine a worse place to live—not that anyone asked him.Being the new kid is tough, especially because Ahmed is the only brown-skinned student in a sea of white. But over the course of the school year, Ahmed—who never lives up to his potential—surprises himself by actually reading the three assigned books for his English class: Holes, Bridge to Terabithia, and From the Mixed-Up Files of Mrs. Basil E. Frankweiler. Even more surprising, he doesn’t hate the books. At the same time, Ahmed is learning about the uncle he never knew—his dad’s brother, who died young, and who Ahmed takes after. Investigating his family history offers Ahmed comfort as his dad’s health hangs in the balance. Could Ahmed be warming to Minnesota?In this memorable debut, Ahmed, an inimitable protagonist, deals with bullies, makes new friends, and uncovers his family’s past—all while finding himself in three good books.

Nina Hamza resides with her family in Minneapolis. She enjoys writing about her experiences as a Muslim and an immigrant. Ahmed Aziz’s Epic Year is her debut novel.