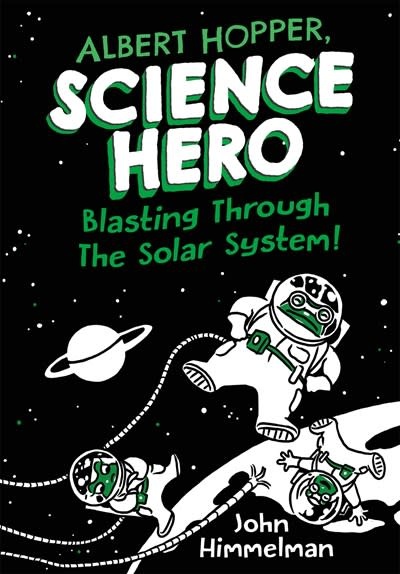 In this early chapter book series, Albert Hopper is a frog—and a science hero! He seeks to explore the world and beyond, generating laughs and imparting STEM wisdom as he goes.

Science Hero Albert Hopper and trusty Junior Science Heroes Polly and Tad are ready for their next adventure. This time, they're blasting through the solar system!

As the heroes float through the sulphuric acid clouds of Venus, dodge the solar flares of the sun, and weather the space storms of Jupiter, their science smarts are put to the test. Anything can happen on this hilarious ride, perfect for fans of the Math Inspectors series and the Zoey and Sassafras books.

John Himmelman is the author and illustrator of more than seventy-five books for children, including the Bunjitsu Bunny series, The Giant from the Fire Sea, Floaty, The Cow Said Meow, Chickens to the Rescue, and Duck to the Rescue. He lives in Connecticut with his artist wife, Betsy.