Home » All the Dead Lie Down 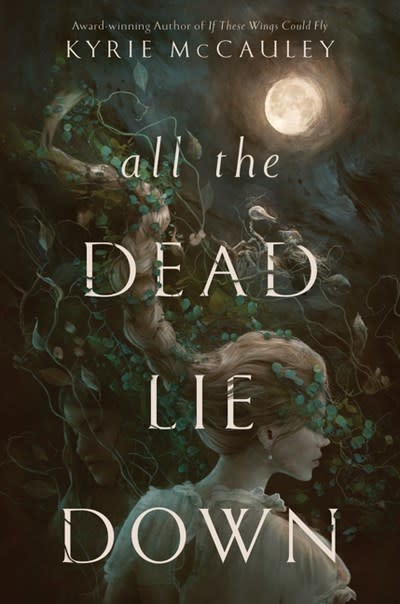 All the Dead Lie Down

The Haunting of Bly Manor meets House of Salt and Sorrows in award-winning author Kyrie McCauley’s contemporary YA gothic romance about a newly orphaned teen girl who accepts a nanny position at Lovelace House, a coastal Maine estate drowning in history and rumors.

A tragedy leaves Marin Blythe alone in the world, and her future precarious, until she receives an invitation from Alice Lovelace—an acclaimed horror writer and childhood friend of Marin’s mother. Alice offers her a nanny position at Lovelace House, watching her youngest children while Alice finishes writing her latest novel.Marin accepts and soon finds herself spending her days with Alice’s peculiar girls: Thea, who buries her dolls one by one, hosting a series of funerals, and Wren, who does everything in her power to drive Marin away. Then Alice’s eldest daughter returns home. Evie Hallowell is unexpected and every bit as strange as her little sisters, and yet Marin finds her compelling. She is quickly drawn in by Evie’s curious behavior and ethereal grace.But even as Marin settles in at her new home, she can’t escape the anxiety that hangs over her like a shadow. Dead birds keep appearing in Marin’s room. The children’s innocent pranks escalate. And there is something dangerous lurking in the woods, leaving mutilated animals in its wake. All is not well at Lovelace House, and Marin must unravel its secrets before they consume her.

Kyrie McCauley is the author of We Can be Heroes and If These Wings Could Fly, winner of the William C. Morris YA Debut Award. She has also been a waitress, nanny, singer in a band, ACLU intern, rally organizer, Truman Scholar, and most recently, a mother and a writer. She holds a master of science in social policy from the University of Pennsylvania. She lives near Philadelphia with her husband, children, and several cats. You can visit her at kyriemccauley.com.