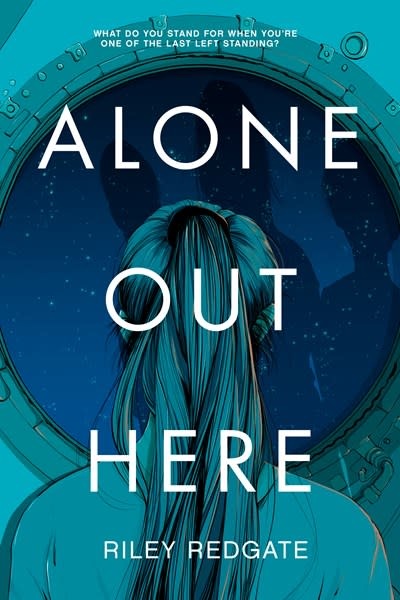 Catalog Copy: What do you stand for, when you're one of the last left standing?

The year is 2072. Soon a volcanic eruption will trigger catastrophic devastation, and the only way out is up.

While the world’s leaders, scientists, and engineers oversee the frantic production of a space fleet meant to save humankind, their children are brought in for a weekend of touring the Lazarus, a high-tech prototype spaceship. But when the apocalypse arrives months ahead of schedule, First Daughter Leigh Chen and a handful of teens from the tour are the only ones to escape the planet. This is the new world: a starship loaded with a catalog of human artifacts, a frozen menagerie of animal DNA, and fifty-three terrified survivors. From the panic arises a coalition of leaders, spearheaded by the pilot’s enigmatic daughter, Eli, who takes the wheel in their hunt for a habitable planet. But as isolation presses in, their uneasy peace begins to fracture. The struggle for control will mean the difference between survival and oblivion, and Leigh must decide whether to stand on the side of the mission or of her own humanity.

With aching poignancy and tense, heart-in-your-mouth action, this enthralling saga will stay with readers long after the final page.

Author Bio: Riley Redgate majored in Economics at Kenyon College and now is based in Chicago where she was an apprentice with the Onion. She is the author of the critically acclaimed Seven Ways We Lie; Noteworthy, a Kirkus Reviews Best Teen Book and NYPL Best Book; and Final Draft, a Bank Street Book of the Year.