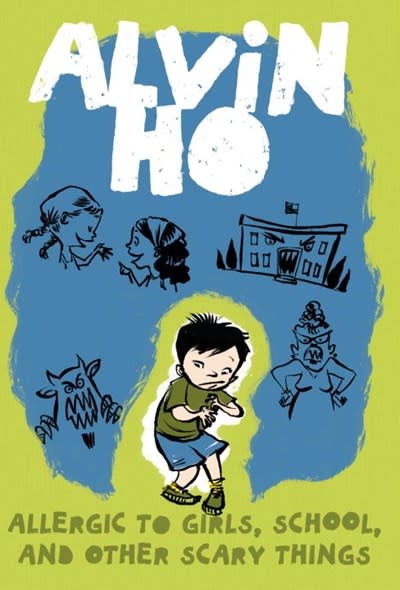 Alvin Ho 01 Allergic to Girls, School, and Other Scary Things

Here's the first book in the beloved and hilarious Alvin Ho chapter book series, which has been compared to Diary of a Wimpy Kid and is perfect for both beginning and reluctant readers.

Alvin, an Asian American second grader, is afraid of everything—elevators, tunnels, girls, and, most of all, school. He’s so afraid of school that, while he’ s there, he never, ever, says a word. But at home he’s a very loud superhero named Firecracker Man, a brother to Calvin and Anibelly, and a gentleman-in-training, so he can be just like his dad.