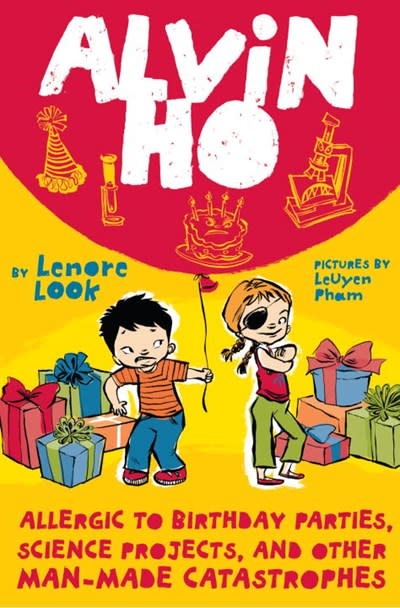 Here’s the third book in the beloved and hilarious Alvin Ho chapter book series, which has been compared to Diary of a Wimpy Kid and is perfect for both beginning and reluctant readers.

Alvin Ho, an Asian American second grader, is afraid of everything. For example, what could possibly be so scary about a birthday party? Let Alvin explain:

So when Alvin receives an invitation to a party—a girl’s party—how will he ever survive?